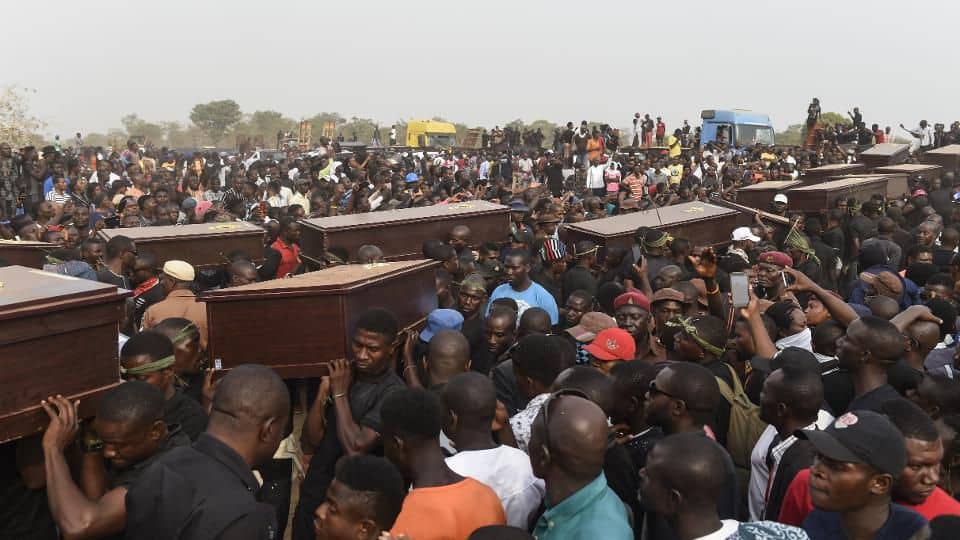 In Nigeria, Africa’s most populous nation, deadly clashes between pastoralists (herders) majorly from the north and farmers in the south have left many dead, and thousands displaced.

Last week, Nigerian government announced plans to begin its proposed Ruga settlement, a prototype of cattle colony, an earlier initiative, suggested by the government last year to address the country’s unending clashes between farmers and herders, which was vehemently opposed.

The government’s proposal seeks to earmark fixed area for herders in each states of the federation, with the aim of fizzling cattle movement, which has been the root cause of the crisis.

Like the cattle colony initiative, the proposed establishment of Ruga (which means Fulani) settlement has ignited a fierce verbal battle between two extreme camps- those who supported the idea and those who do not.

Herder-farmers crisis has been a serious challenge facing the country, which is already grappling with attacks from deadly Boko Haram group alongside other security issues such as kidnapping and banditry.

President Muhammadu Buhari’s government is increasingly becoming clueless in the face of the growing insecurity in the nation, with his message of hope more than often now seen as a mere gimmick to douse growing tensions in the country.

While attending to a delegate from Nasarawa State, one of the hotbeds of farmer-herders crisis in the country, the President, in what is now seen as a routine speech said: “In the last four years, you collectively put aside your political, religious and ethnic differences for the interest of stability and prosperity. We must continue to preach peace and understanding in your various communities.

“The incessant conflicts between herders and farmers are an age-long problem, this administration is determined to find lasting solutions to this problem. I implore all opinion leaders to help maintain peace while we are putting in place policies and permanent solutions.

Criticisms for his government has continued to thicken, with many critics lampooning him for being silent and withdrawn in dealing with defaulting herders, who are mostly Fulanis, the President’s ethnic origin.

According to an International Crisis Group (ICG) report, “Rising conflict between herders and farmers in Nigeria is already six times deadlier in 2018 than Boko Haram’s insurgency.”

Examining the humanitarian and economic toll of the lingering crisis, the report stated:

The surge of attacks and counter-attacks has exacted heavy humanitarian and economic tolls, with potentially serious political and security repercussions. The humanitarian impact is particularly grave. From September 2017 through June 2018, farmer-herder violence left at least 1,500 people dead, many more wounded and about 300,000 displaced – an estimated 176,000 in Benue, about 100,000 in Nasarawa, over 100,000 in Plateau, about 19,000 in Taraba and an unknown number in Adamawa. Two thirds of these people have fled since January.

Some of the displaced are staying with kin in safer parts of their home states, but many are taking refuge in IDP camps, many located on school and church premises, and run by state emergency management agencies. Crisis Group visited two of the ten camps in Benue state and found appalling conditions: IDPs, mostly women and, children, had severely inadequate shelter and food and were at risk of communicable disease.

The camps are overcrowded and lack safe drinking water; poor sanitation is compounded by open defecation. Six of the camps are housed in primary schools; in some cases, up to 100 people are jammed into a classroom while others sleep in the fields, at the mercy of rains and mosquitoes. In early April, at least seven children died from an outbreak of measles at the sprawling Abagena camp on the outskirts of the Benue state capital, Makurdi, which houses an estimated 35,000 people. Others have died of malaria and diarrhoea.

Girls and women are exposed to the risks of sexual harassment, assault and rape, both by outsiders and by fellow IDPs.

Women and children are particularly hard-hit, many having lost the male head of household, a huge loss in a largely patriarchal society. Some were raped by attackers.

Thousands of pregnant women and nursing mothers in IDP camps have little or no health and sanitary facilities. As most camps have no perimeter fencing and sleeping spaces are not gender-segregated, girls and women are exposed to the risks of sexual harassment, assault and rape, both by outsiders and by fellow IDPs, and vulnerable to desperate survival mechanisms involving sexual exploitation. Many women and children are traumatised by the killings, raising concerns for their mental health, with possibly long-term effects.

The country’s farmer-herders crisis is seemingly defying solutions, given the fact that suggested measures have so far been interpreted in different, conflicting contexts with no compromise in sight. Nigeria is a secular nation, with Muslims dominating the northern part of the country and Christians dominating the south. Given these two extreme camps, any measure towards addressing the situation must appeal to the interests of the two groups. The absence of this has heightened the crisis.

Most of the Christian dominated part of the country for instance conceive the Ruga settlement initiative of the Buhari-led administration for instance as an attempt to establish the northern Muslims’ grip on their lands.

Former President Olusegun Obasanjo recently made a controversial claim, arguing that the menace of herdsmen and Boko Haram in Nigeria has assumed a wider scope. “It is no longer an issue of a lack of education and employment for our youths in Nigeria which it began as, it is now West African Fulanisation, African islamisation and global organised crimes of human trafficking, money laundering, drug trafficking, gun trafficking, illegal mining and regime change,” Obasanjo had been quoted as saying while delivering a paper on ‘Mobilising Nigeria’s Human and Natural Resources for National Development and Stability’ at a public event.

The ICG, in its report had stated that “To stop the bloodshed, the federal government should improve security; end impunity for assailants; and hasten livestock sector reform. State governments should freeze open grazing bans.”. However, this looks difficult than it sounds.

According to the ICG, “the conflict’s roots lie in climate-induced degradation of pasture and increasing violence in the country’s far north, which have forced herders south; the expansion of farms and settlements that swallow up grazing reserves and block traditional migration routes; and the damage to farmers’ crops wrought by herders’ indiscriminate grazing. But three immediate factors explain the 2018 escalation. First is the rapid growth of ethnic militias, such as those of the Bachama and Fulani in Adamawa state, bearing illegally acquired weapons. Second is the failure of the federal government to prosecute past perpetrators or heed early warnings of impending attacks. Third is the introduction in November 2017 of anti-grazing laws vehemently opposed by herders in Benue and Taraba states, and the resultant exodus of herders and cattle, largely into neighbouring Nasarawa and, to a lesser degree, Adamawa, sparking clashes with farmers in those states.”

The umbrella association for herdsmen in Nigeria, Miyetti Allah Cattle Breeders Association (MACBAN) recently made a shocking request to establish its own local vigilantes in the South East predominantly dominated by Christian Igbos, sparkling rage among many. The South East Governor’s Forum, had rejected the idea consequent upon its meeting, describing the idea as dead on arrival.

“…no Miyetti vigilante in South East. No cattle ranch or colony, but, we must live peacefully with herdsmen that do not destroy our farm land, especially those that were born here and have lived peacefully with us. All South East governors are together on this position,” David Umahi, the Chairman, South East Governors Forum had declared in a statement.

As it stands, tackling the country’s farmer-herders crisis requires the collaborative efforts of all stakeholders in Nigeria. But beyond this, the Buhari-led administration must demonstrate its impartiality in handling issues. The greatest challenge to fighting the scourge so far, is largely his perceived fondness for his Fulani kinsmen, leaving other ethnic groups rankled.