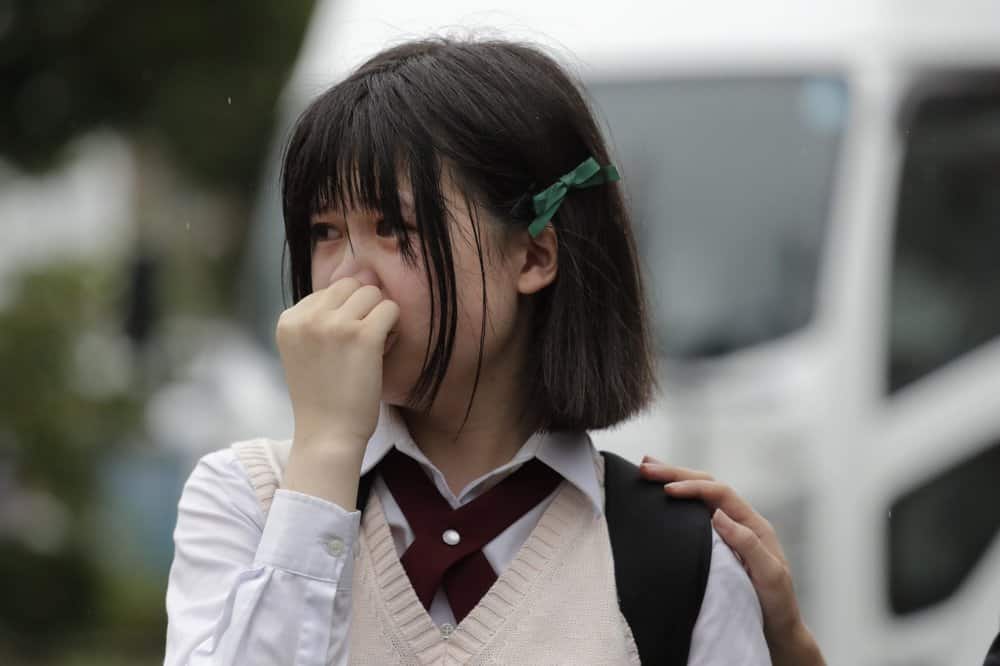 A 41-year-old man from Tokyo set a Japan’s anime studio on fire on Thursday, killing 34 employees and leaving ten in critical condition. The attack was the worst mass killing in Japan in almost 18 years.

The suspect allegedly has mental health concerns not specified by police and he believed that the studio had plagiarized his work. He sustained significant burns during the attack and remains hospitalized but told police on the scene that the studio had stolen from him.

The man entered the studio and started the gasoline-fed fire in front of the door. The blaze spread so quickly throughout the three-story building, most of the 74 people inside were unable to get out.

Police reported that most of the victims died of carbon monoxide poisoning.

Rep. Ilhan Omar was greeted by a crowd of supporters chanting “welcome home, Ilhan” as she returned to Minnesota on Thursday.

The group gathered to show support for Omar after she became one of the latest targets of verbal attacks by Pres. Trump and his followers, who shouted “send her back” when the president referred to her at a recent rally.

Omar told the crowd who greeted her, “We are going to continue to be a nightmare to this president.”

Trump, of course, responded by alleging that the welcoming reception was staged and accusing the media of working against him.

Last week, Trump tweeted that Omar and three other congresswomen of color should “go back and help fix the totally broken and crime infested places from which they came.” The other three women were all born in America and Omar is a U.S. citizen who emigrated from Somalia as a child.

Initially, Trump claimed that he had tried to stop his followers from engaging in the chant at his North Carolina rally. He alleged that he quickly began talking when the chant began, but video had already proven that to be false.

In spite of trying to blame his supporters for the chant and instead of apologizing in the face of a controversy he created himself, Trump has continued to publicly attack and smear all four women.

According to a new study by the Federal Reserve Bank of New York and U.S. universities Princeton and Columbia, trade policies and tariffs imposed by the Trump administration cost U.S. consumers $1.4 billion a month.

American businesses, as well as buyers, have suffered significant price increases on imported goods as well as disrupted supply chains due to Trump’s trade war.

The study found that a conservative estimate of $6.9 billion was lost between January and November of last year.

The economists shared in the study, “We find that the U.S. tariffs were almost completely passed through into U.S. domestic prices, so that the entire incidence of the tariffs fell on domestic consumers and importers up to now, with no impact so far on the prices received by foreign exporters.”

A direct example of the relationship between Trump’s tariffs and increased consumer prices comes from last year when the White House imposed tariffs on washing machines from South Korea and LG Electronics notified retailers of increased prices within a week.

The economists argued that the tariffs give American consumers less variety for a higher cost.

Iran Seizes British Tanker in the Strait of Hormuz

On Friday, Iran seized a British tanker traveling to a port in Saudi Arabia, escalating tensions surrounding the country.

According to an Iranian news station, the tanker collided with a fishing boat and was taken by Iran’s Revolutionary Guard with 23 crew members still on board. The ship and crew are being held in an Iranian port while an investigation takes place.

An Iranian oil tanker was seized two weeks ago by Britain’s Royal Marines, allegedly for breaking European sanctions. Iranian officials have defended the country’s seizure of the British tanker and compared it to this action.

Iranian Foreign Minister Mohammad Javad Zarif tweeted, “Unlike the piracy in the Strait of Gibraltar, our action in the Persian Gulf is to uphold int’l maritime rules.”

Zarif also accused the U.K. of being an “accessory” to the “economic terrorism of the U.S.”