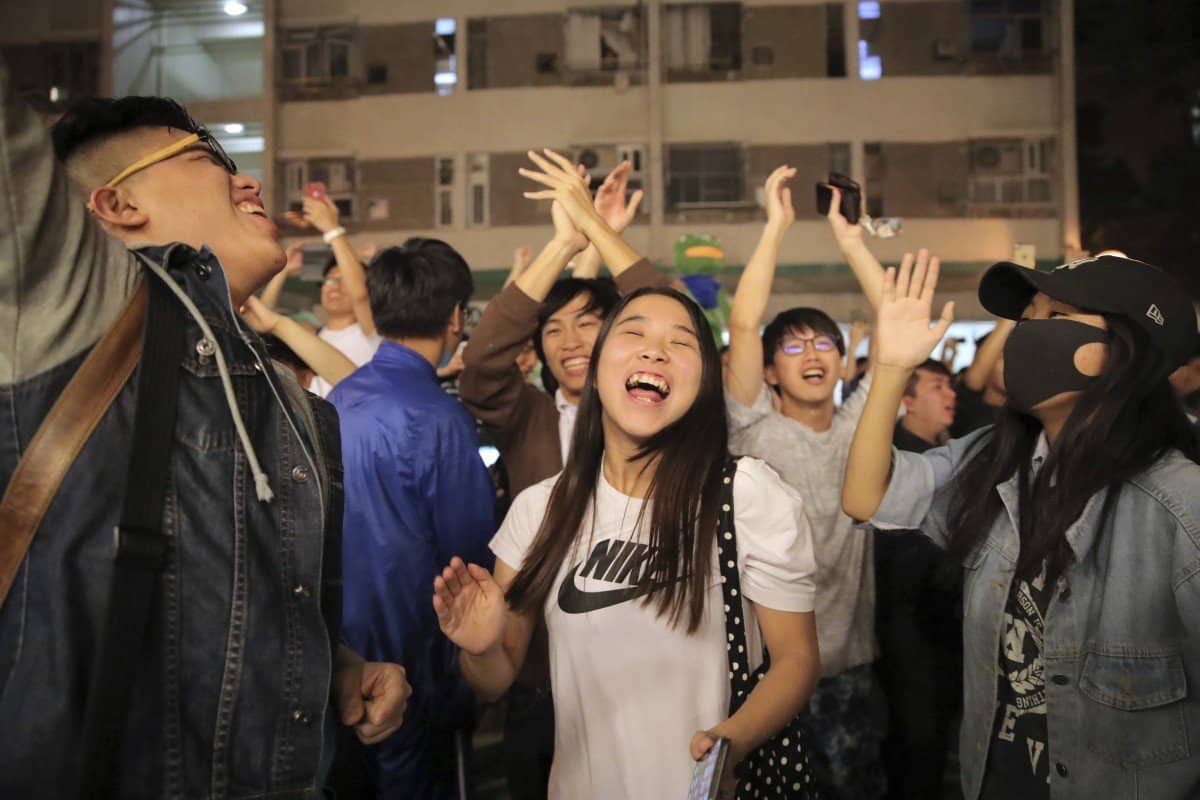 After a week of relative calm throughout Hong Kong, pro-democracy protestors renewed their activism after Carrie Lam’s administration failed to make any progress on meeting the ‘five demands‘ a week after sweeping electoral victories for the movement.

Following the local district elections, Caracal Reports analyzed the results, pointing to the importance the movement places on the ‘five demands.’

According to reporters on the ground, the demonstrations on Sunday were all granted ‘letters of no objection,’ meaning the government found no issue with the public gathering. Many of the recent protests were banned by police, leading to pro-democracy forces claiming their assembly rights were under violation.

Further clashes between pro-democracy forces were seen on Sunday as police claim a portion of the protestors would deviate from the approved route. This led to pepper spray and tear gas once again being fired into the crowd.

Al-Jazeera details an interesting occurrence from the Sunday activities, “Hundreds of people, including many elderly residents, carried Amerian flags as they marched to the United States consulate to express gratitude for legislation aimed at protecting human rights in Hong Kong that US President Donald Trump signed into law last week.”

On Wednesday United States President Donald Trump signed legislation that could bring diplomatic action and economic sanctions against Hong Kong if the government is deemed to violate the civil rights of protestors. The move is a testament to how the pro-democracy movement continues to draw support from the international community. The Chinese government has threatened backlash at the move, yet are losing their grip on the public narrative after last week’s landslide electoral victories against their meddling in Hong Kong.

The White House released the following statement regarding the new legislation.

Today, I have signed into law S. 1838, the “Hong Kong Human Rights and Democracy Act of 2019” (the “Act”). The Act reaffirms and amends the United States-Hong Kong Policy Act of 1992, specifies United States policy towards Hong Kong, and directs assessment of the political developments in Hong Kong. Certain provisions of the Act would interfere with the exercise of the President’s constitutional authority to state the foreign policy of the United States. My Administration will treat each of the provisions of the Act consistently with the President’s constitutional authorities with respect to foreign relations.

President Trump also signed the PROTECT Hong Kong act which bans the sale of any US munitions to the Hong Kong government. As noted, pro-democracy protestors have routinely dealt with tear gas and rubber bullets from Hong Kong police.

The summary of the PROTECT Hong Kong act reads as follows.

This bill directs the President to prohibit the issuance of licenses to export certain defense items and services to various forces in Hong Kong, including the Hong Kong Police Force, the Hong Kong Correctional Services Department, and the Hong Kong Government Flying Service.
Items subject to the prohibition include defense articles and services on the U.S. Munitions List and certain crime control and detection technology and software.

The prohibition shall not take effect if the President takes certain actions, such as certifying to Congress that the prohibited exports to a covered force other than the Hong Kong Police Force are required to achieve U.S. foreign policy goals.

The Department of State shall report to Congress as to items subject to the prohibition that have been exported to the Hong Kong forces covered in the bill in the last five years.

With the pro-democracy movement gaining clear momentum the focus shifts to how the Chinese government will respond, especially regarding the ‘five demands.’