Democrats Spar in South Carolina Ahead of Primaries 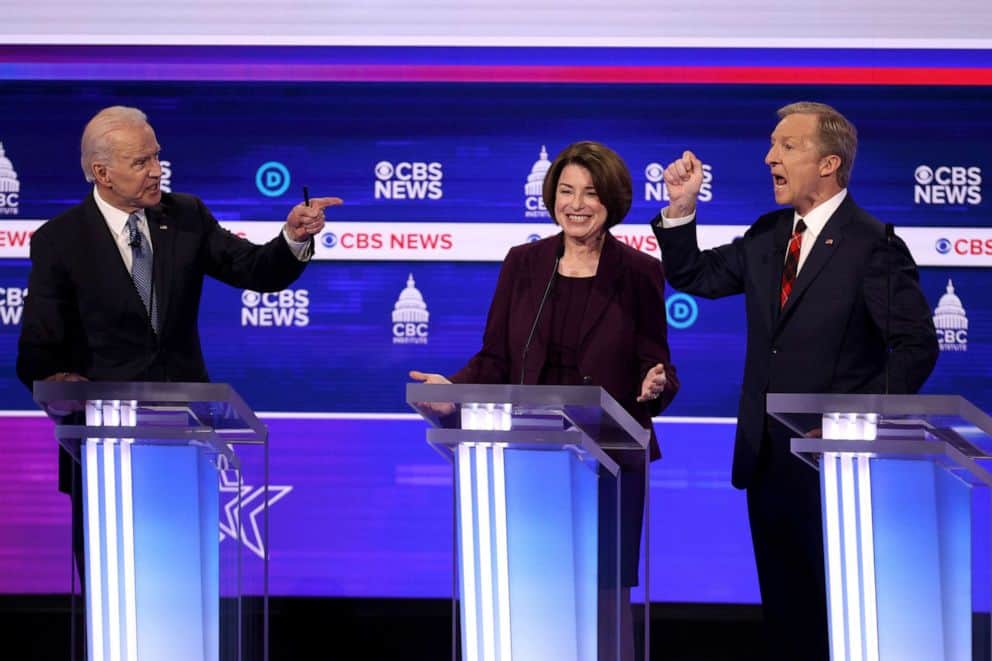 The only thing Democrats seemed able to agree on last night was that the CBS News moderators dropped the ball during the South Carolina debate. The debate was the last chance for Democratic candidates to address voters ahead of major 2020 primary moments. The “first in the South” primary in South Carolina occurs on Saturday, and Super Tuesday looms just around the corner on March 3rd.

From the first three states, Iowa, New Hampshire, and Nevada, only 100 delegates have been awarded. Senator Bernie Sanders from Vermont currently leads the pack with 45 delegates.

South Carolina will award 54 pledged delegates. On Super Tuesday, 1,357 of the 3,979 total pledged will be handed out. Alabama, Arkansas, California, Colorado, Maine, Massachusetts, Minnesota, North Carolina, Oklahoma, Tennessee, Texas, Utah, Vermont, and Virginia will all vote on the largest primary day in the season.

The high stakes led to high tensions, and candidates spent large portions of the debate yelling over each other and the moderators. Many took to social media to complain, calling the debate “unwatchable”. Most of the shots were aimed at Sanders, the current front runner. Bloomberg also took fire, especially on his treatment of minorities and women.

Sanders dominated the debate with the most talking time, largely defending himself against familiar attacks for his socialist policies. The other six candidates aimed to stop Sanders’ building momentum leading into the large delegate states, attacking him from both the right and left.

Former Mayor Mike Bloomberg attacked Sanders on the recent news that Russia may be aiding his campaign. Sanders has denounced any foreign interference and promised that, if elected, he would prevent any future Russian interference in American elections.

Even Senator Elizabeth Warren, who has so far held back on attacking Sanders given their shared ideology, took aim. “Bernie is winning because the Democratic party is a progressive party and people like progressive ideas,” she said, “But I would make a better president than Bernie.” Warren pointed to her extensive plans and argued that she had the ability to pass a progressive agenda through Congress.

Sanders mostly took the criticism in stride. “I’m hearing my name mentioned a little bit tonight. I wonder why?” he joked.

Both South Carolina and Super Tuesday states contain a diverse cross-section of Democratic voters. In South Carolina, black voters make up the majority of the Democratic electorate. Candidates need to demonstrate the ability to win black and Latino voters, since together they make up over 25% of 2020 voters. Candidates clearly knew their audience, and tailored their answers to black voters, in particular.

Former Vice President Joe Biden, who has staked his candidacy on success in South Carolina, said, “I’ve worked like the devil to earn the vote of the African American community.” The all-white candidates, most notably former Mayor Pete Buttigieg, virtue-signaled about race and privilege.

“I come to this with some humility because I’m conscious of the fact that there are seven white people on this stage,” Buttigieg said. “None of us have the experience, the lived experience of, for example, walking down the street, or in a mall, and feeling eyes on us, regarding us as dangerous, without knowing the first thing about us just because of the color of our skin.”

Bloomberg, who has been hit hard on his past support of racially-biased stop and frisk programs when he was the Mayor of New York City, attempted to demonstrate his own racial awareness. “I know if I was black,” the billionaire said, “my success would have been a lot harder to achieve. And I know a lot of black people, if they were white it would have been a lot easier for them.”

Joe Biden, who consistently polls well with black voters, is expected to win the South Carolina primary this weekend.

Early on in the debate, Warren attacked Bloomberg again on his treatment of women at his company. In the last debate, Warren challenged Bloomberg to release women who accused him of sexual harassment from non-disclosure agreements. On Tuesday, Warren brought up more past comments Bloomberg allegedly made to employees.

“At least I didn’t have a boss who said to me, ‘Kill it,’ the way that Mayor Bloomberg is alleged to have said,” Warren said, discussing her experience of being fired while pregnant.

Bloomberg denied the allegations, which stem from a 1998 lawsuit about comments Bloomberg allegedly made in 1995. The complaint was made by Sekiko Sakai Garrison, an employee who reported directly to Bloomberg. According to the complaint, Garrison, who is Japanese, experienced “a hostile work environment or persistent sexual harassment, and discrimination on the basis of her national origin.”

When Garrison told Bloomberg she was pregnant, the lawsuit alleges, “He responded to her ‘Kill it!’ Plaintiff asked Bloomberg to repeat himself, and again he said, ‘Kill it!’” Bloomberg then allegedly muttered “Great! Number 16!” referring to the number of women in the company had a maternity-related status.

The audience at the debate seemed disproportionately skewed towards Bloomberg, who is not even on the ballot in South Carolina. Boos repeatedly emanated from the audience when Bloomberg was attacked, or when Bernie spoke. Getting a guaranteed seat at the debate cost a minimum of $1,750.