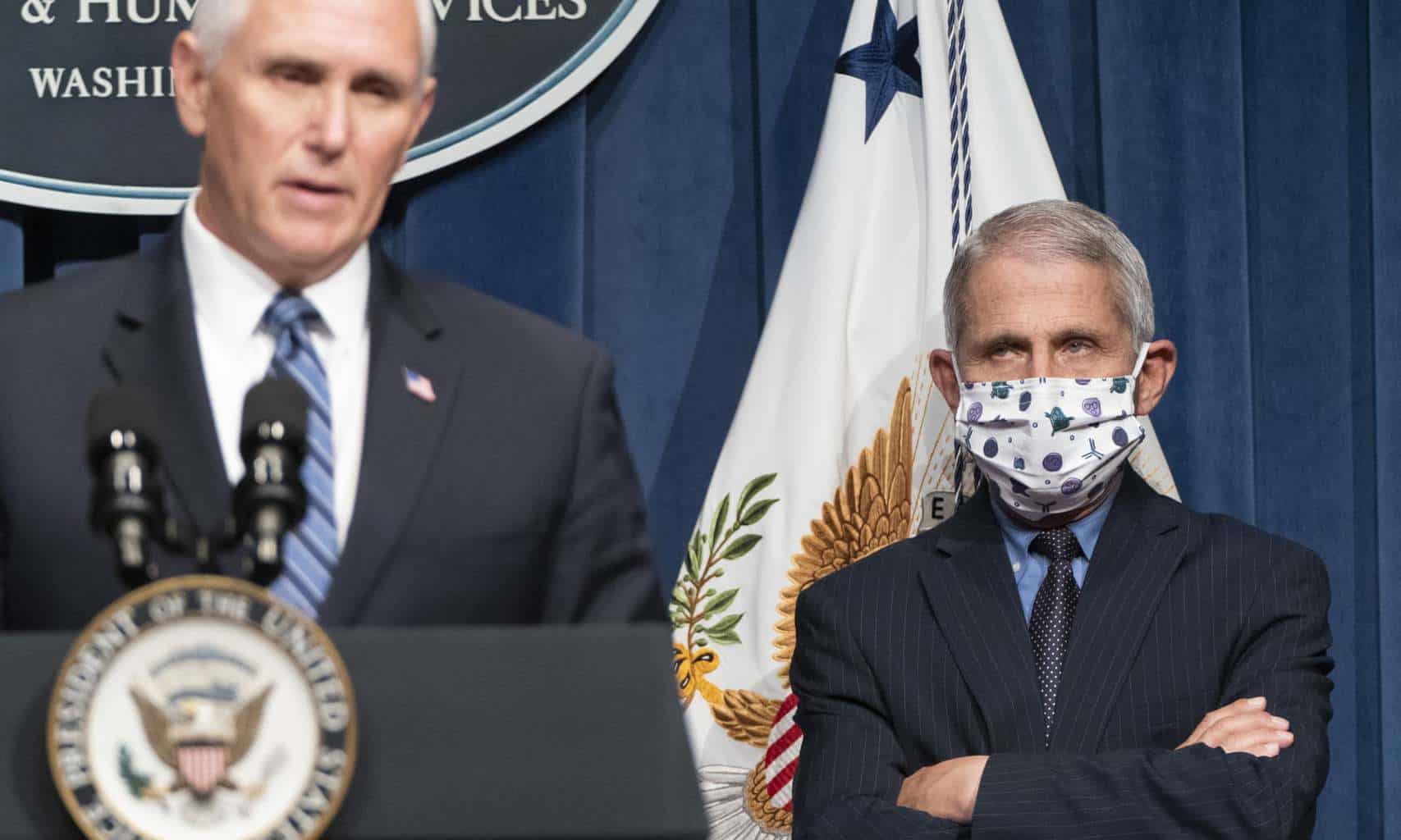 Only weeks after shirking guidelines from health officials, cases are spiking in a handful of Southern states. In the first Coronavirus Task Force Press Briefing in nearly two months, Dr. Anthony Fauci the director of the National Institute of Allergy and Infectious Diseases, warned that the flares up put the rest of the country at risk.

“We have made truly remarkable progress in moving our nation forward,” said Pence. “We slowed the spread. We flattened the curve. We saved lives.”

White House advisor Dr. Deborah Birx contradicted the President’s claims that the increase in cases in states like Florida and Texas were solely due to increases in testing. She pointed to an increase in the proportion of positive cases per test in states like Texas.

According to Dr. Fauci, the majority of new cases are occurring in young people, under 35. He said that while young people are less at risk from serious complications due to the disease caused by the virus, young people must still take precautions. Young people who become infected they may still become seriously ill, or spread the virus to the more vulnerable people with whom they come into contact.

On Friday afternoon, a stay at home order was issued in Texas. Residents of Harris County, containing Houston, received a warning on their phone. “COVID-19 threat level SEVERE,” it read. Harris County has been the worst hit in the state, with 353 deaths reported so far. There have been over 2,300 total fatalities, and 130,000 confirmed cases in the state. On June 24, over 6,500 new cases were reported in a single day—a record number for the state.

Texas Governor Greg Abbot ordered all bars to be closed by mid-day Friday and ordered restaurants to serve at 50% capacity. The move was a reversal from the Republican’s past attitude on COVID safety measures, which was focused on re-opening as fast as possible. The Governor’s failure to heed public health warnings and proceed with opening the state before having the virus under control likely led to the spike forcing him to close again.

Residents of Harris County have been eating out, going to bars, and shopping as normal for the past few weeks. While masks were commonplace in public in May, recently there has been a decline in the number of people wearing masks in public. Now, new orders are being put in place across the state to enforce the wearing of face masks in public.

Houston hospitals have been expanding their capacity to support COVID-19 patients, while healthcare workers admonish the public’s lack of action to protect essential workers.

“I’m doing everything I can to take care of these very sick people,” stated UMCC chief medical officer Dr. Joseph Varon, “and then you see people out there without a mask, not having social distance, more gatherings all over the place. Our biggest frustration is that people are not listening.”

On Friday, officials in Florida reported that there had been 8,942 new confirmed COVID-19 cases the day prior, topping all previous records. In response, the state has banned the serving of alcohol in bars in an attempt to get people to stay home.

Florida Business and Professional Regulations Secretary Halsey Beshears said that businesses were not the problem but rather “10 percent” of patrons not following social distancing and sanitation guidelines were “ruining it for everybody.” Beshears also stated that media coverage around the recent Black Lives Matter protests may have lulled many into thinking the threat from large gatherings had passed.

Republican Florida Governor Ron DeSantis stated on Friday that he did not plan to issue a state-wide mask order, but rather that he would leave that decision up to counties.

The European Union issued a statement on Friday that most travelers from the United States will be barred from entering the region when it re-opens due to the surge of cases in the nation.