The US Heading the Wrong Direction With COVID-19 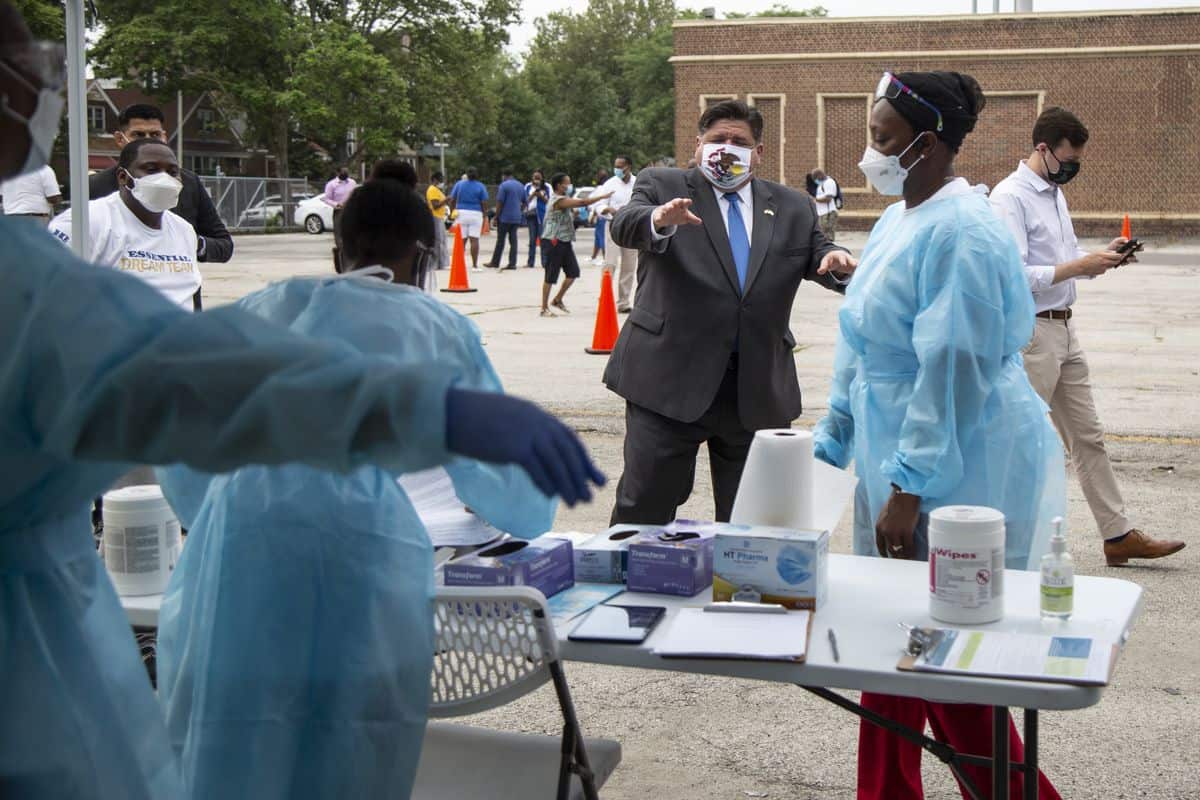 As American lawmakers continue to debate the opening of public schools in the fall, many states are already rolling back their COVID-19 reopening plans due to a recent surge in new cases.

The United States is now the center of this pandemic. Despite having just 4% of the world’s population, the U.S. accounts for over 25% of its confirmed cases of COVID-19. This comes after the reopening of many states throughout the country, which seemed to contribute to the meteoric rise in cases starting in early July.

The Trump Administration has repeatedly downplayed the threat of the virus, campaigning for states to continue with their reopening plans and largely ignoring the rising case count.

In an interview with Sean Hannity of Fox News back in June, Trump said the following:

“I don’t even like to talk about [the virus] because it’s fading away. It’s going to fade away.”

The month prior, Trump made a similar remark during his May 15 Rose Garden Address.

Despite the lax stance that President Trump has taken towards COVID-19 over the past several months, he seemed to change his rhetoric surrounding the virus in mid-July. On July 21, Trump said in a press conference that the crisis “will probably, unfortunately, get worse before it gets better.”

In that press conference, President Trump even urged Americans to wear masks after months of seemingly resisting the practice himself, stating:

“Whether you like the mask or not, they have an impact.”

The Trump Administration’s change in tune is likely due to the record-breaking number of new cases the United States has seen in recent weeks. On July 16, the U.S. saw 77,000 confirmed new cases on that day alone, breaking the previous daily case record by about 10,000.

Southern states have been hit hardest by this recent surge of new COVID-19 cases. Arizona, Florida, and Texas, in particular, saw massive increases in new cases following the relaxation of social distancing guidelines.

“What happened is these states opened up relatively quickly,” explains NPR’s Will Stone. “They relaxed restrictions on businesses, and public health experts say they just never had the virus fully under control.”

Dr. Anthony Fauci, director of the National Institute of Allergy and Infectious Diseases, warned Americans back in May that the premature reopening of states could have dire consequences.

This looks to have been the case after all, as a majority of states did not wait to reach the CDC recommended guidelines for reopening but expedited the process instead. As a result, Americans are now facing delayed or even reversed reopening plans.

On July 13, California, Gov. Gavin Newsom ordered the statewide reclosure of all bars and halted the indoor operations of restaurants, theaters, and other businesses. Oregon Gov. Kate Brown has also decided to roll back her state’s reopening plans, expanding the state-enforced mask mandate and limiting the number of people allowed at indoor gatherings.

“Oregon, we carefully ventured out onto the ice together, but it has begun to crack,” said Gov. Brown on her Twitter. “COVID-19 is spreading too quickly, particularly in parts of rural Oregon. Before we fall through the ice, it’s time to take a step back with new rules to help slow the spread of this disease.”

Many other major countries have already mitigated the spread of COVID-19 on their respective home fronts. New Zealand was able to almost completely eradicate the spread of the virus, only suffering 22 deaths and 1,500 infections since the start of the pandemic.

“We came together as a country, in part because we believed in our political and health experts to deliver, and they did,” said Dr. Jagadish Thaker, professor at Massey University.

Similarly, European nations are enjoying low infection rates that have allowed them to reopen most facets of their economy. France, for example, had just 998 cases reported on July 22. On the same day, Germany saw 569 new cases.

The numbers coming out of the United States paint a far bleaker picture. On July 22, over 69,000 new cases were recorded in the U.S. Florida disturbingly made headlines on July 12 when the state recorded more new cases than all of Europe combined.

The rise in new infections this June and July has mostly dispelled widespread rumors stating that COVID-19 will simply “go away” due to summer heat. As of mid-July, it looks like the United States still has a ways to go in its COVID-19 recovery process.