The Future Uncertainty Of ACA After Justice Ginsburg 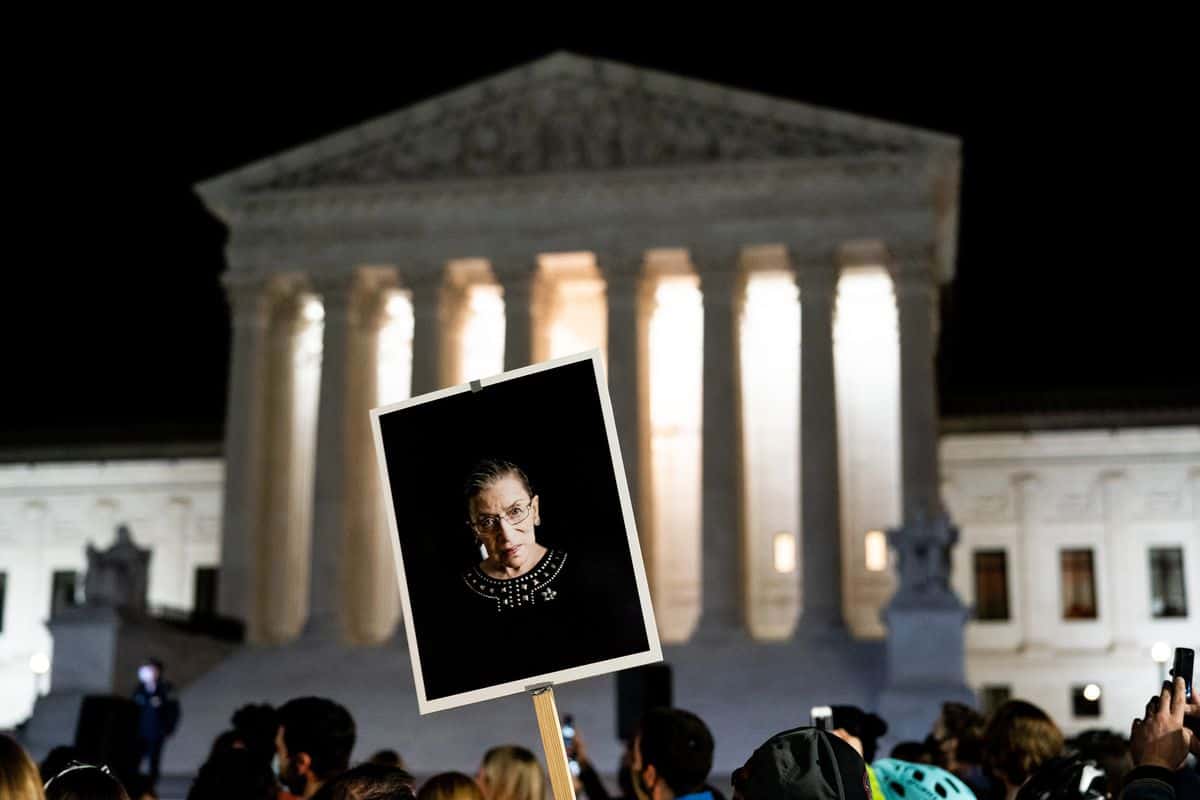 The future of the Affordable Care Act (ACA) looks bleak after the death of Justice Ruth Bader Ginsburg as speculation of her replacement by President Trump seems more likely to be a conservative who will be the opposite of everything RGB stood and fought for.

The future makeup of the Supreme Court and the outcomes of impending cases has only grown since Justice Ginsburg passing last week. Much of the focus has been centered on who will replace her on the court and whether the process is appropriate less than 40 days before the presidential election.

However, even as it grows more likely that President Donald Trump will nominate someone before Election Day, the Supreme Court will operate with eight justices for the time being as the confirmation process for a new member will take some time. This development could have drastic implications for the Affordable Care Act.

For years, Republicans have tried to invalidate the ACA, a law that has provided health insurance to millions of Americans who otherwise could not afford coverage. The GOP has brought several cases questioning the different parts of the law to courts at various levels, including the Supreme Court in 2012. Most of these failed to strike down the ACA.

More recently, the tide has seemed to turn thanks to a string of legal victories for conservative state attorney generals. With this case advancing to the Supreme Court, set for the week after Election Day, the new eight-justice makeup of the court could prove to be the deciding factor in this yearslong fight.

For much of the time since the ACA’s passage in 2010, Republicans have worked to undo the law through several avenues. In 2017, the Republican-controlled Congress tried and failed to enact two different legislation that would have dismantled parts of the ACA. Additionally, conservative groups and Republican state attorneys general have repeatedly filed legal challenges.

Notably, the Supreme Court ruled 5-4 in 2012 in the National Federation of Independent Business v. Sebelius to preserve one of the law’s most prominent components: the individual mandate that required Americans to obtain health coverage by 2014 or pay a fee. At the time, Chief Justice John Roberts sided with the liberal wing of the court in saving the ACA, mainly due to the defense that the mandate’s fee acted as a tax. That distinction made it constitutional, according to the majority opinion.

Though it preserved the bedrock of the ACA’s function, this distinction as a tax appears to be the basis for its most recent—and serious—challenge. When Congress passed a sweeping tax cut in 2017, GOP authors of the legislation included a provision that eliminated the individual mandate’s tax.

Shortly after, a Texas-led group of state attorneys general argued in federal court that the absence of this tax meant the individual mandate was now unconstitutional. This argument was deemed sound before a U.S. district court, then again before the 5th Circuit appeals court.

Democratic AGs asked the Supreme Court to look at this case, Texas v. California, to make a final determination on this line of reasoning. At the time, it seemed possible that the court would hand down another 5-4 decision to preserve the ACA, with Chief Justice Roberts again the deciding factor.

However, with Justice Ginsburg’s death leaving the court with eight justices, any possibility of the Supreme Court choosing to fully preserve the ACA has all but evaporated. The most likely outcome, a split 4-4 decision, would mean the ruling by the lower courts would be upheld, killing the individual mandate.

THE IMPACT OF INVALIDATING THE ACA

Eliminating the ACA would have potentially cataclysmic effects on the U.S. health care system, according to a December 2019 paper from the Urban Institute.

First, the most obvious impact would be a loss of health care coverage for some 20 million people. This wouldn’t happen evenly across the U.S., but instead predominantly among states that saw the most increase in health coverage under the ACA.

Republicans have frequently given lip service in favor of protections for these conditions while simultaneously working to cut coverage. This would include Trump, who has claimed on numerous occasions that Americans with pre-existing conditions would be protected, regardless of the outcome for previous and ongoing GOP attempts to overturn the ACA.

But the cascade of effects would stretch past health care coverage. It “would upend all of those settled expectations and throw [health care] markets, and [one-fifth] of the economy, into chaos,” according to health care experts. Since its passage, the ACA fostered a wave of Medicaid expansion in most states. In addition to boosting coverage for a pool of Americans who are disproportionately low-income and non-white, this expansion has also shored up revenues for hospitals and health care providers. While this would save the federal government billions of dollars, it would also cut potentially hundreds of billions in relied-upon funds for the entire health care system.

WHAT CAN THE OTHER SIDE DO?

There are few things Democrats in Congress and elsewhere can do to prevent this. They have virtually no way of delaying the case. Even if they did, the Supreme Court would likely decide not to preserve the individual mandate as the court would have its ninth justice, a conservative Trump appointee.
If they win the Senate and the White House in November, Democrats could reinstate the individual mandate tax, effectively making this part of the ACA constitutional again. This could be crucial for Democratic presidential nominee Joe Biden, who has said he would seek to improve upon the ACA by lowering the age for Medicare and adding a government-run insurance plan as an alternative to private coverage, also known as a public option.