Peaceful Protesters Gunned Down at Lekki Tollgate in Nigeria 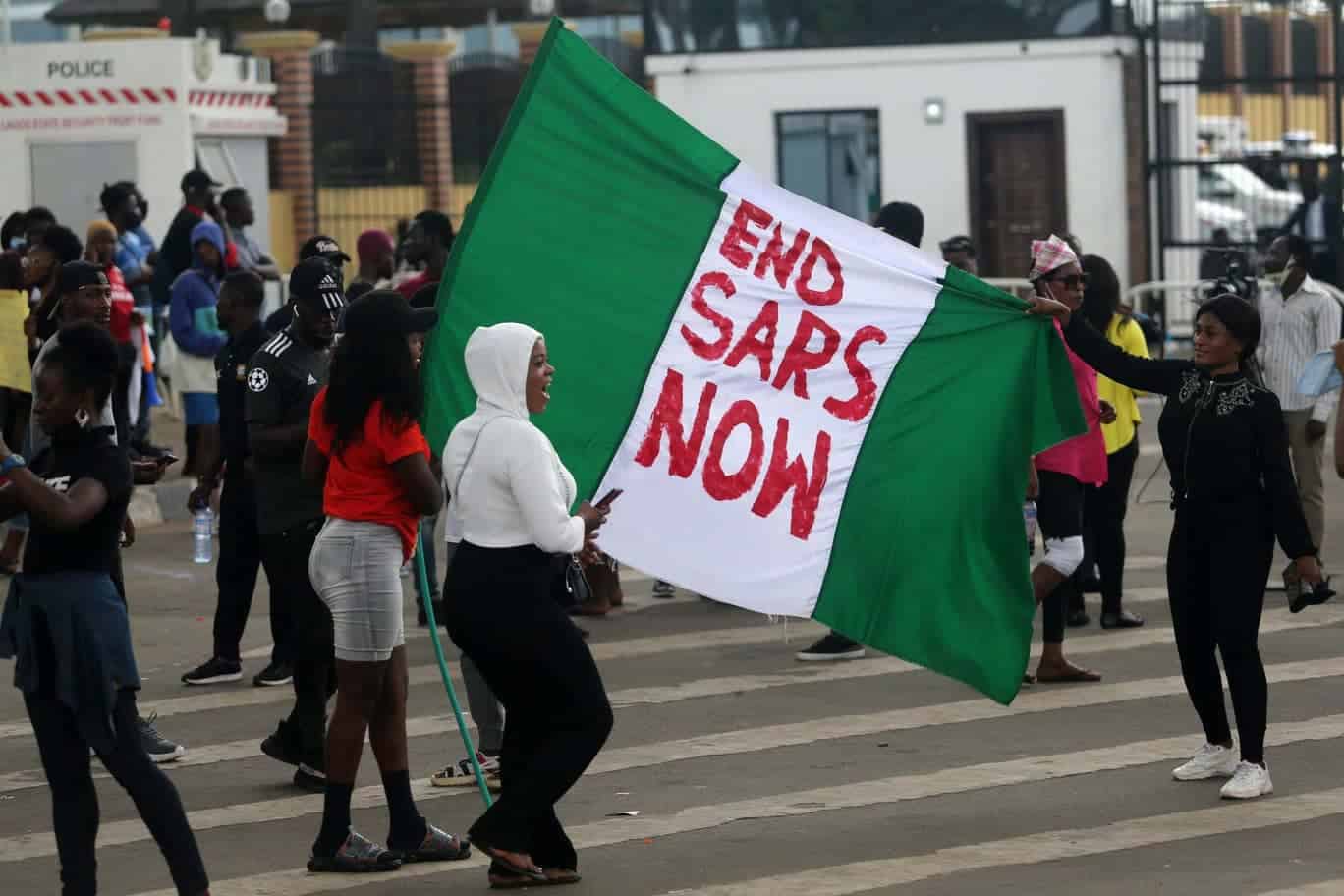 Protesters who gathered at the Lekki tollgate in Nigeria have been overrun and were under fire by rampaging soldiers believed to work for the Nigerian government. On Tuesday, Twitter users began reporting the massacre with multiple deaths. It is not yet clear how many people have been killed or injured.

For years, Nigerians have been calling on their government to implement meaningful reform of police forces. Protests have intensified as they have gained international attention, but the message has remained the same at its heart.

Videos showed a peaceful gathering at the Lekki tollgate earlier today. Protesters gathered together, sang Nigeria’s anthem, and offered honor to the dead.

After curfew, soldiers descended on the tranquil demonstration and opened fire on the gathered citizens. Twitter users shared videos taken from the chaotic scene, showing mangled bodies laid out over bloody streets.

The following video, which includes explicit language, gives an idea of the sights and sounds outside the shooting area.

Many in Nigeria have taken to social media to report and offer updates. Some appealed to President Muhammadu Buhari to call off the frenzied forces, and others shamed him for allowing the deaths of peaceful Nigerians.

Brewing protests over police brutality intensified earlier this month when videos on social media allegedly showed officers executing a person in the street. Since then, demonstrations have been growing in size and holding an international spotlight, in large part because of the trending hashtag #EndSARS.

While the Nigerian government has claimed to have disbanded the SARS unit, protests continued to intensify due to police treatment from squads across the Nigerian police force.

New tensions were aroused on Monday when multiple sources reported that a 17-year-old identified as Saifullah Sani Musa had been tortured and killed by police in Kano. Amnesty International Nigeria reported the Kano protest on Twitter and warned of escalating attacks against #ENDSars protesters by the Nigerian police and other forces.

According to a writer with the Sahelian Times, Saifullah was arrested from his home a few days ago without a known reason. The boy’s family and neighbors protested his detainment and said he was not known for making trouble. He was subsequently released, but he was arrested again on Sunday.

The police returned Saifullah’s corpse to his family Monday morning. Kano erupted with anger over the death, with people setting bonfires in the street.

Word spread fast across Nigeria. Tens of thousands of protesters poured into the streets of Lagos, the country’s largest city, following reports of the death. A busy expressway and an airport terminal were shutdowns, bringing the city to a halt.

On Tuesday morning, a police station in Lagos state was set on fire, and a statewide, 24-hour curfew was instituted. The governor accused criminals of using the protests to create “mayhem” in the state.

State and federal governments were suspected of using these curfews to allow more force against protesters, which seems accurate. Twitter users began circulating video on Tuesday, which suggests the government may be involved in efforts to stoke mayhem.

SARS and the Nigerian police

The Special Anti-Robbery Squad (SARS) is one unit in the Nigerian federal police force. Civilians have reportedly been extorted, tortured with physical and sexual violence, dismembered, and murdered by officers who are squad members.

In June, Amnesty International reported that SARS officers were being allowed to act with impunity, despite laws written to protect Nigerians from torture. They noted “at least 82 cases of torture, ill-treatment and extra-judicial execution by SARS” officers over a little more than three years.

The group reported “pervasive torture,” which they found was “carried out under the supervision of high-ranking police officers,” according to witnesses they spoke with. Amnesty also wrote that not a single SARS officer had been “been held accountable for human rights violations documented” in their report.

Finally, after years of creating terror in Nigeria, President Buhari’s SARS unit was disbanded earlier this month. The initial directive announced that officers would be redeployed, presumably into other Nigerian police units. But, the Nigerian Government quickly announced another unit called SAWT, meaning the SARS unit is gone in name only.

The optics did not fool the people of Nigeria. Protests continue, and brutality has only heightened, proving SARS was not the only problematic unit in the force.