Witnesses Relive Guilt, Trauma, Over Floyd During the Trial of Derek Chauvin 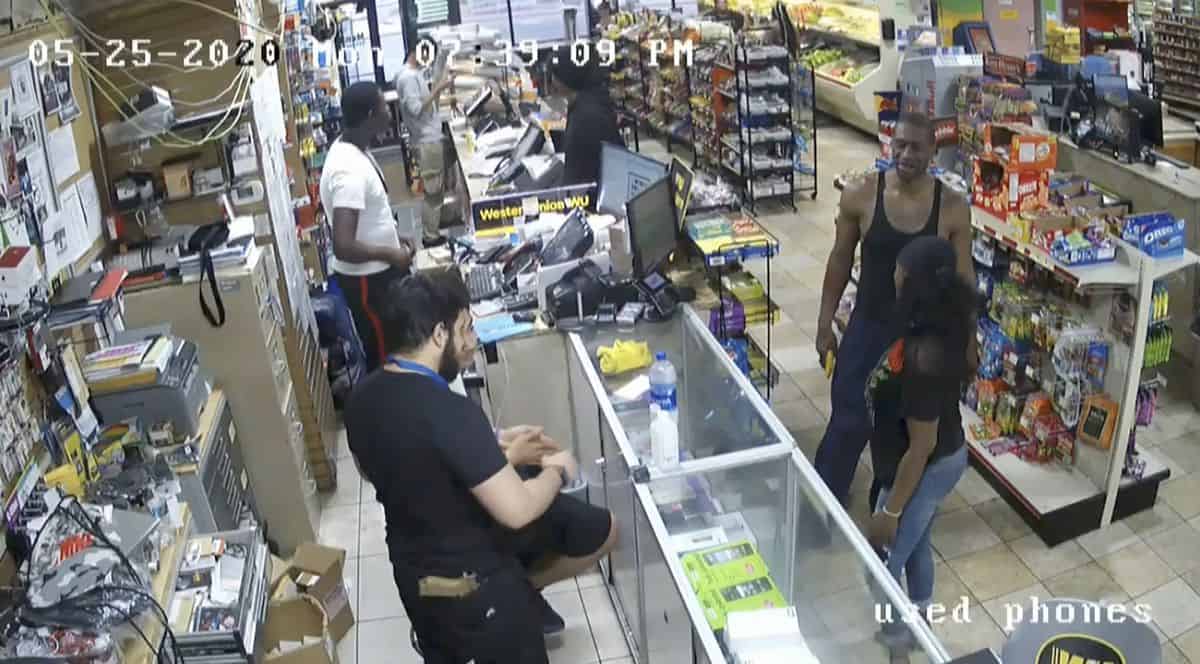 CCTV Images of George Floyd in the cup store in Minneapolis Minnesota before the incidence. Image credit/AP

The trial of Derek Chauvin for killing George Floyd continued on Thursday as witnesses and first responders testify.

According to court testimony, EMS workers were initially called to the scene at 8:20 p.m. for a mouth injury, a low-priority call that didn’t require the responding ambulance to turn on its sirens. One minute later, the call was upgraded to an urgent “Code 3” response.

Derek Smith, a paramedic that was the first to come to Floyd’s aid, told the court on Thursday that he had first felt Floyd’s neck for a pulse while officers were still restraining him. He could not find one.

“In lay terms, I thought he was dead,” Smith said.

When Smith and other paramedics brought Floyd into an ambulance, they were still unable to find a pulse. Smith placed monitoring pads on Floyd’s body to monitor his heart when it was confirmed that Floyd’s heart had stopped beating. Paramedics administered chest compressions and utilized a defibrillator, but Floyd’s condition never improved. Despite this, EMTs persisted with attempts to save Floyd’s life.

“He’s a human being,” Smith said. “I was trying to give him a second chance at life.”

Floyd was pronounced dead upon arriving at the hospital at 9:25 p.m.

Wednesday’s testimonies turned emotional as witnesses and bystanders reacted to new footage from the arrest of Mr. Floyd.

The new police bodycam footage showed Floyd’s initial encounter with the police. Two officers quickly handcuffed Floyd, who became distressed and began pleading for an explanation and his life. At one point, Floyd can be heard begging the officers: “Please don’t shoot me… I just lost my mom.”

Officers attempted to put Floyd in the back of a police car, causing a struggle between the two parties. Floyd can be heard in the recording telling officers that he’s “claustrophobic,” and that he was struggling to breathe. The officers then dragged him out of the car and restrained Floyd on the ground.

Charles McMillian, one of the first witnesses of the ordeal, begged Floyd to comply with the officers, fearing for his safety.

“The officer was, you know, trying to get him in the car and everything, talking to him, I was telling him, Mr. Floyd, Mr. Floyd just comply, get in the car because you can’t win. Something to that nature,” McMillian explained in the courtroom.

As the arrest footage continued to play, McMillian became emotional and broke down in tears. The trial took a 10 minute recess before McMillian continued his testimony.

19-year-old Christopher Martin also testified on Wednesday. Martin was working as a cashier at Cup Foods the day of Floyd’s death, and confirmed that Floyd purchased a pack of cigarettes from his store with a counterfeit $20 bill.

“When I saw the bill, I noticed it had a blue pigment to it, kind of like a $100 bill would have. I found that odd. I assumed that it was fake,” Martin testified.

Martin said in the courtroom that he initially planned on accepting the bill to avoid a confrontation with Floyd, despite knowing that the store’s policy was “if you took a counterfeit bill, you would have to pay for it out of your money.”

Nonetheless, Martin approached his manager about the counterfeit bill, and was instructed to bring Floyd back in the store to pay for the cigarettes.

“He just seemed like he didn’t want this to happen,” Martin testified. “He was just kind of like, ‘why is this happening?’”

After unsuccessfully attempting to bring Floyd back into the Cup Foods store, Martin said that somebody called the police. Martin described how he was wracked with guilt after witnessing the arrest, telling the court that “if I’d have just not taken the bill, this could have been avoided.”

Firefighter/EMS worker Genevieve Hansen testified as a witness of Floyd’s arrest on Tuesday. Hansen was off-duty the day of the incident, and approached the scene after hearing commotion from onlookers. She explained that she attempted to step in and give Floyd medical treatment, but was denied doing so by Chauvin’s then partner Tou Thao.

In the footage played for the court on Tuesday, Hansen was heard urgently demanding that officers check Floyd’s pulse. Hansen got emotional while recounting the helplessness she felt when officers blocked her from providing Floyd with medical care.

“I got there and I could have given medical assistance,” Hansen said. “That’s exactly what I should have done.”

Donald Williams II also testified as a witness on Tuesday. Williams is a professional mixed martial arts fighter, who explained to the court that Chauvin performed a “blood choke” on Floyd, and adjusted the positioning of his knee several times to sustain constant pressure on his neck.

Williams’ shouts could be heard on video growing progressively more urgent as the officers restrained Floyd. Defense attorney Eric Nelson attempted to insinuate that Williams was angry with Derek Chauvin, the other officers, and his persistent shouting escalated the situation. Williams rejected this notion.

“I just was really trying to keep my professionalism and make sure I speak out for Floyd’s life because I felt like he was very much in danger,” Williams testified.

Williams was one of several bystanders who called 911 on Derek Chauvin and the police when Floyd was restrained.

“I thought I witnessed a murder,” he explained when asked why he did so.

Derek Chauvin’s trial will resume on Friday, and is expected to last approximately four weeks.