The Perpetual Twisting Story of the COVID-19 Origin 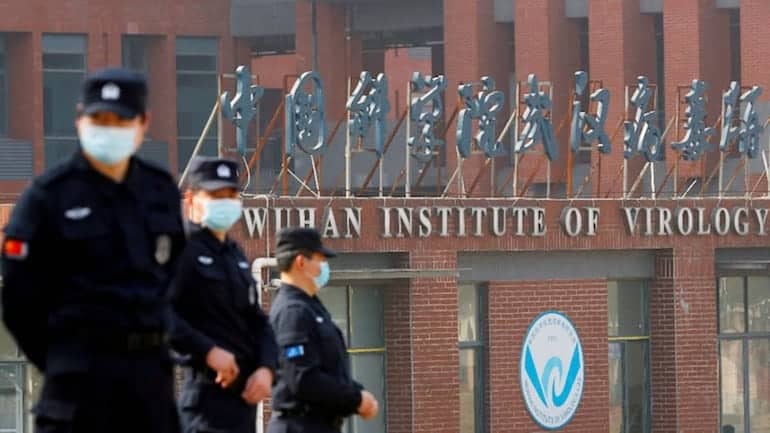 The debate about the COVID-19 origin and the possibility that the virus was leaked from a Wuhan lab is regaining momentum around the globe. With more than 173 million cases to date and roughly 9.6 million U.S. jobs lost, there is no doubt that the pandemic has influenced the trajectory of history. The weight of more than 3.7 million deaths falls heavily on the shoulders of public servants and citizens alike. As the country navigates toward recovery and the storm cloud of 2020 gradually dissipates, it is hard to forget or forgive all that has been lost.

Naturally, there is one pressing question on everyone’s mind: how in the world did this happen?

U.S. intelligence agencies have been largely unsuccessful in finding out the truth of COVID-19’s source. The most recent investigations revealed divergent opinions and results, with two agencies supporting the human contact with an infected animal theory while a third leans toward a lab accident. Notably, all three agencies acknowledged low to moderate confidence in their assessments.

Globally, scientists predominantly agree that COVID-19 likely originated in nature, passing from animal to human as other coronaviruses have done in the past. However, it is impossible to confidently say where the blame lies without ample or conclusive evidence. Numerous alternative theories have recently come back into the spotlight, drawing attention from the private and public sectors.

Lack of Transparency Incites Distrust Regarding the COVID-19 Origin

Understanding the origins of medically relevant diseases is vital for the prevention and preparation of future outbreaks. Despite such an important directive, Chinese authorities were reportedly unreceptive to international investigative measures.

Over a year passed before WHO investigators explored the Wuhan market site, which had been closed since the outbreak and all potential evidence long gone. Moreover, China has been criticized for influencing the conclusions of the WHO team to reflect a more positive tone.

Yanzhong Huang, senior fellow for global health at the Council on Foreign Relations, said, “They want to portray China as successful at containing the spread, at being so cooperative and sharing information. This lab-escape theory, which indicates that China was the cause of the problem, makes the official narrative unreliable.”

Previously rejected as an immoral, borderline preposterous idea, scientists, media, and government officials are revisiting the possibility of a lab-generated virus. In February 2020, a widely respected medical journal admonished the lab-leak hypothesis, discouraging similar lines of thinking. However, without any definitive answers over a year later, all options are on the table.

Some far-right conservatives claim that the virus was purposefully created as a bioweapon, though there is no supporting evidence of any kind. If the COVID-19 virus was generated in a lab, its release was almost certainly accidental.

“You know, I do think it’s more likely than not it emerged out of the lab. Most likely accidentally,” said Rep. Michael McCaul. “This is the worst cover-up in human history that we’ve seen, resulting in 3.5 million deaths, creating an economic devastation around the globe.”

According to Peter Daszak, a disease ecologist on the WHO team, there was no evidence that the virus came from a lab. Even entertaining the notion should be taken with a grain of salt, as current claims are chiefly speculation. Rossi Hassad, an epidemiologist at Mercy College, said, “It will quite likely remain only theoretical following any proper scientific investigation.”

Wuhan Institute of Virology Under Scrutiny

The Wuhan Institute of Virology holds one of the largest collections of bat-virus samples and strains. Coincidently, the Biosafety Level 4 Laboratory is located 30 kilometers from the South China Seafood Market, believed to be the initial epicenter for COVID-19.

The lab famously works with bat coronaviruses under the renowned virologist Shi Zhengli. Shi Zhengli’s team has a long history of experimenting with bat viruses. In October 2013, they first discovered that a SARS-like coronavirus could enter human cells.

In 2018, U.S. science diplomats visited the lab and found the conditions to be inadequate. They warned Washington that the lab featured safety risks and required further support. The diplomatic cable said, “During interactions with scientists at the WIV laboratory, they noted the new lab has a serious shortage of appropriately trained technicians and investigators needed to safely operate this high-containment laboratory.”

In response to accusations of lab misconduct, Zhengli said, “The novel 2019 coronavirus is nature punishing the human race for keeping uncivilized living habits. I, Shi Zhengli, swear on my life that it has nothing to do with our laboratory.”

The Prevalence of Lab-Related Incidents

Though we may not hear about them often, lab accidents are far from rare. In reality, they happen all the time with a minimal degree of severity and notoriety.

From 2003 to 2009, there were 395 reports of “potential release events” involving biological agents or toxins. In 2015, the U.S. military unintentionally sent live anthrax samples to nine labs and a military base in South Korea, exposing 22 military personnel.

2014 was filled with feasibly dangerous incidences. Approximately 75 researchers at the U.S. CDC in Atlanta were potentially exposed to live anthrax bacteria when microbes were accidentally sent to ill-equipped laboratories. Similarly, a box containing 16 vials of smallpox from the 1950s was found in an unused storage room in a Food and Drug Administration laboratory.

Wuhan, the site of today’s contention, is no stranger to lab accidents. Tian Junhwa, the celebrated chief technician of Wuhan CDC’s pest control department, once recalled forgetting personal protective gear while investigating bat populations. He was forced to quarantine for two weeks after being splattered with bat urine.

Research can help scientists better understand how viruses spread; however, there is always the chance of unintentional exposure or mishandling of substances. With context, the notion of a lab-leaked COVID-19 is not outside the realm of possibility.

Confusion and mystique around COVID-19’s origin have instigated a significant degree of tension between nations, particularly between the United States and China. Former President Trump’s premature accusations against China may have condemned future collaborative efforts.

The lab-leak theory has been vehemently denounced by China’s officials, deeming it “counterproductive to concerted global efforts to fight the virus.” A spokesperson from the Chinese embassy in the U.K. said, “Study of virus origins is a scientific issue that should not be politicized. We stand for a scientists-led study of origins featuring solidarity and cooperation, not stoking confrontation and sowing division.”

After receiving the most recent report from the intelligence community, Biden asked for further elaboration in a White House statement on May 26.

“The United States will also keep working with like-minded partners around the world to press China to participate in a full, transparent, evidence-based international investigation and to provide access to all relevant data and evidence,” President Biden concluded.

Biden has instructed U.S. intelligence agencies to redouble their efforts and reach a definitive conclusion in the next 90 days.