Weekend Review: Juneteenth Celebrated as a Federal Holiday in the US 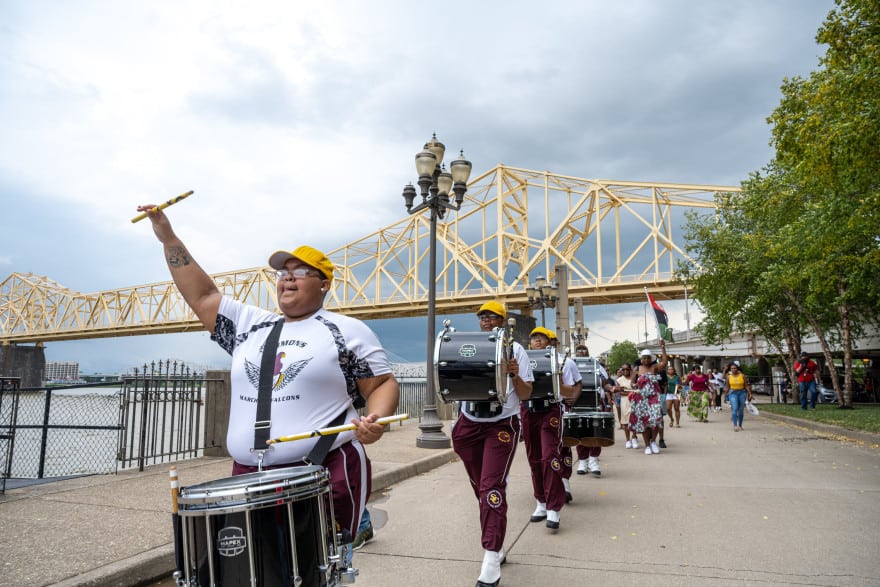 On Friday, Juneteenth was celebrated as a federal holiday for the first time in the United States.

Last week, President Biden signed the Juneteenth National Independence Day Act, which made the day a nationally recognized holiday. “This will go down for me as one of the greatest honors I will have as president,” Biden said.

Notably, 14 Republicans in the House of Representatives voted against the bill. On Saturday, Sen. Ron Johnson (R-Wisc.) was heckled at a celebration in Milwaukee after releasing a statement last week with objections to the day becoming a federal holiday.

Since June 19, 1865, the day has marked the true end of chattel slavery in the US and has become a celebration of Black freedom. Almost two years passed since the end of the Civil War and the ratification of the Emancipation Proclamation, but hundreds of thousands of people remained enslaved in Texas. The day the troops arrived to grant their freedom became a yearly celebration known as Juneteenth, comparable to Independence Day.

Last year’s protests against police brutality started a national conversation on how to combat systemic racism. While nationally recognizing Juneteenth as a day of celebration in American history is a great step, many hope it is only the first of many.

Celebrations were held across the nation on Saturday, but the Juneteenth Champions Parade in Flint, Michigan was rerouted due to a police-involved shooting. A 19-year-old woman was killed in an exchange of gunfire with an officer and authorities say she fired the first shot. Her identity has not been released.

The president has quietly made moves to eventually close the prison, opened in 2002 by President George W. Bush. However, some speculate that political outrage could keep Biden from achieving that goal, and the new conditions create concerns for the human rights of prisoners in the meantime.

Among the complaints, detainees reported a general neglect of facilities, including broken toilets and locks. There has also been a denial of basic medical treatment, like painkillers and bandages, coinciding with more severe treatment from prison guards.

“It does not matter who the president is, Biden or Trump, we are the victims always,” said detainee Asadullah Haroon Gul. He told VICE, “It is not easy to get the appropriate medication,” adding, “I am not allowed to see my medical records, which are classified.”

Attorneys corroborated the claims, though they have been disputed by the Department of Defense. “There are no changes in treatment of the detainees at the Naval Station Guantanamo Bay detention facility under the current administration,” a spokesperson for the Department of Defense said. They further denied any hunger strikes and maintained that the prison “provides safe, humane, and legal care of Law of Armed Conflict detainees.”

Sen. Bernie Sanders Says No to Gas Taxes and Electric Vehicle Fees Proposed to Pay for US Infrastructure Deal

Senate Budget Committee Chair Bernie Sanders (I-Vt.) told NBC News’ “Meet the Press” that the last details of a bipartisan infrastructure deal are being discussed, but they are at a standstill due to funding.

Biden has called for a $4 trillion overhaul to the nation’s infrastructure but has received pushback from Republicans.

Sanders said that the spending in the bill is agreeable to all sides, but they disagree on how to pay for the deal. He asserted that raising a gas tax, adding fees on electric vehicles, and privatization of infrastructure have been proposed in bipartisan discussions. “Those are proposals that I would not support,” he stated.

As this is one of Biden’s most important legislative promises, Democrats are reportedly prepared to move forward without Republican approval. They introduced a plan last week that created a path forward for a broad bill that addresses infrastructure and jobs without bipartisan support. The process would not require a 60-vote majority in the Senate, instead seeking support from all 50 Democratic Senators.

“One track is bipartisan, and the second track pulls in other elements of Biden’s American Job Plan and American Families Plan, which will be considered even if it doesn’t have bipartisan support,” Senate Majority Leader Chuck Schumer (D-N.Y.) said.

This leaves concerns about Sen. Joe Manchin (D-W.Va) and Sen. Kyrsten Sinema (D-Ariz.), who both tend to vote conservatively, supposedly for the sake of bipartisanship. Both are reportedly open to either option at this time.