If Unopposed, Soaring Housing Prices Only Benefit the Rich 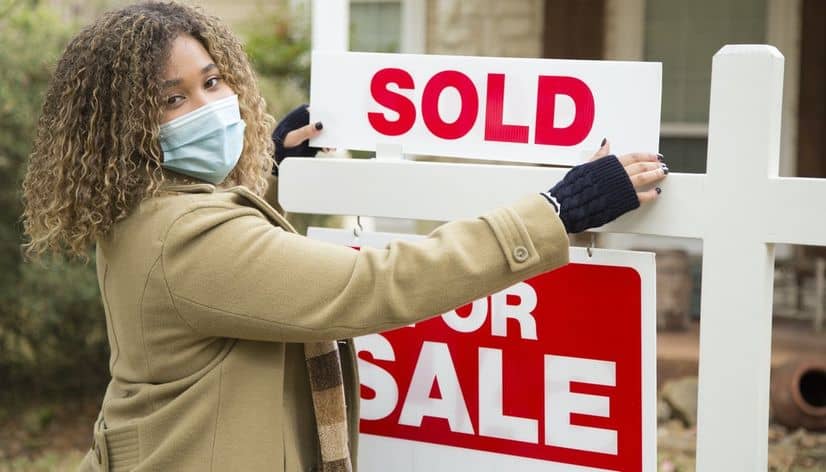 About two weeks ago, a viral tweet based on a four-month-old Wall Street Journal article set off a firestorm on Twitter about the Soaring Housing prices and corporate ownership of single-family homes.

Just about every political persuasion from arch-conservative to leftist jumped on the bandwagon of outrage directed primarily at BlackRock, an asset manager with a profile upwards of $8 trillion.

Some conservatives like congressional hopeful J.D. Vance used the issue to paint “the Left” as unconcerned with the matter due to BlackRock’s participation in “woke capitalism.” Fox News host Tucker Carlson also condemned BlackRock on his show as part of his ongoing attempt to capture a conservative audience upset with capitalism.

While BlackRock became the ire of many online, it’s far from the only corporation with a significant interest in single-family homes or the only reason for skyrocketing home prices.

As journalist David Dayen found, BlackRock actually had not significantly added to their residential portfolio in 2020. While corporate landlords remain a massive player in the real estate market, their biggest purchase and impact came after the 2008 housing crash.

Between 2011 and 2017, investment firms and hedge funds bought up $36 billion of American homes, mostly to rent out.

And while attention finally seems to be zeroing in on the immense corporate impact on the real estate market, multiple mainstream media outlets have been running stories telling readers it is magnificent that America is becoming a nation of renters.

Why are Soaring Housing Prices Unopposed?

It almost goes without saying, but homeowners will not be leading the opposition to swelling property values.

Likewise, conservative commentators have used the issue to attack liberals for corporate ‘wokeness’ and an appeal to the idea of a single-family home.

Perhaps the biggest problem lies in identifying the complex and numerous underlying issues pricing many Americans permanently out of the housing market.

Another problem somewhat unique to American cities is Euclidean zoning, the practice of completely restricting multi-use construction, a key component of America’s suburbanization.

Raising property values is often in the interest of politicians, developers, investment firms, and city planners. So, where is the opposition to an out-of-control housing market with rising home prices and rents?

In major metropolitan areas, tenant’s rights organizers have led the charge to pressure local and national politicians. In many cases, this organizing begins out of necessity. With eviction moratoriums lapsing in some states as the country emerges from the coronavirus crisis, this work will become even more pressing.

Activists in Kansas City have carried out some of the most prominent actions against moratoriums and corporate slumlords. In October of last year, protestors organized by KC Tenants blocked the county courthouse and stopped the eviction docket from proceeding. The same group recently pressured HUD director Marcia Fudge into investigating Millennia Companies, an Ohio-based housing corporation that received the 11th most federal subsidies of any American corporation.

“Millennia is notorious slumlords. We feel like they’re misappropriating funds, and we want to know what’s going on with the funds,” James Stone, president of the Gabriel Tower Tenant Union, told KCUR.

Canadian tenant organizers have also been working to fight back against corporate control of housing.

Where Do We Go from Here?

While an eviction moratorium covered most Americans throughout the pandemic, wealthy Americans have been buying homes at an alarming rate.

The cheapest mortgage rates in history have allowed homeowning-Americans to move to more expensive homes, and the shift to work-from-home has extended the hot housing market to more rural areas. Western states that used to be more affordable are seeing some of the biggest price increases in the housing market. Utah, South Dakota, Montana, and Idaho were four of the top five strongest housing markets in the first quarter of 2021.

And after a dip during the coronavirus pandemic, rents in metro areas are once again on the rise.

Broadly speaking, this leaves two groups with some common and competing interests: would-be first-time homeowners priced out of the housing market and renters struggling to make ends meet and afford housing.

And while corporate landlords have received plenty of attention as of late for driving up prices, there are other, perhaps larger, issues with corporate ownership of rental residential properties. A study from Atlanta showed corporate landlords are more likely to serially file evictions against a tenant as a threat, throwing the renter into potential financial woes. Another Atlanta study found, institutional investors were far more likely to evict their tenants.

As more and more Americans rent, they are more likely to find their landlords as absentee corporations, more likely to evict, and with more power over the individual. It makes tenant unions and other organizers more necessary and likely to crop up in your neighborhood.