Is President Biden Too Weak To Fight Republicans For Voters Right? 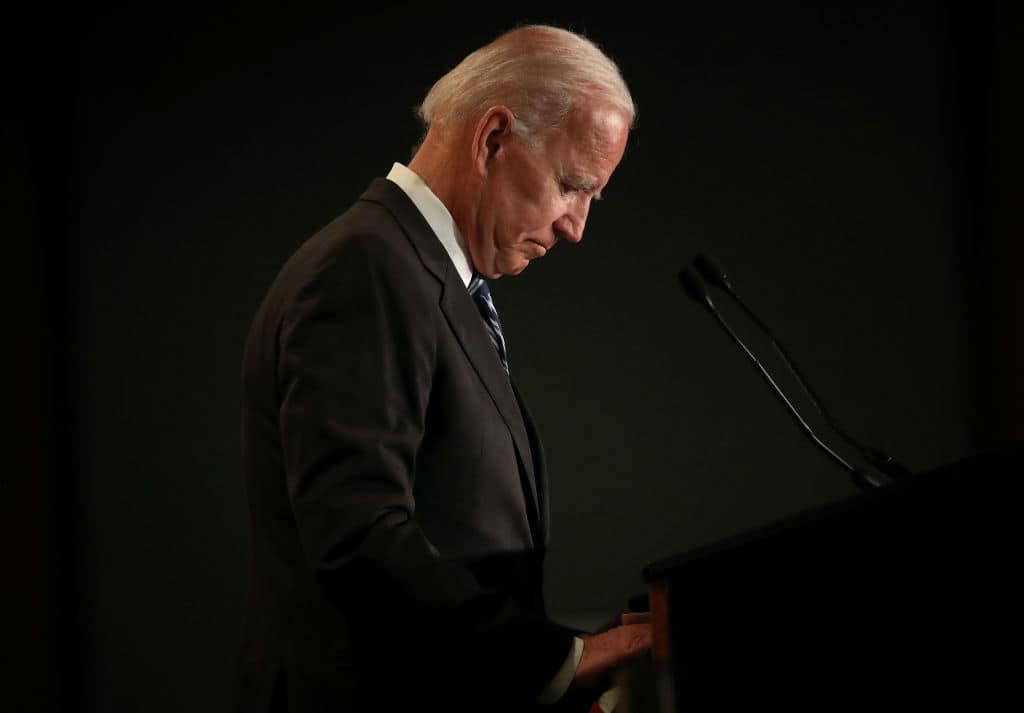 President Biden unleashed a scathing critique against Republican legislators attempting to pass laws to restrict voting rights during a speech in Philadelphia yesterday.

Republican state legislators across the country and prominent national leadership have ramped up efforts to limit voting rights.

Texas Democrats fled the state on Monday in a desperate to halt a restrictive voting rights law in the Texas State Senate. In the end, the sweeping legislation, which opponents say will restrict minorities’ right to vote, passed yesterday.

The President asked Republicans, “have you no shame?”, but many were quick to point out that he failed to mention ending the filibuster, a key component to fighting back against Republican attempts to restrict voting rights.

President Biden has received widespread criticism for failing to take a strong stance to end the filibuster, including from civil rights leaders who argue ending the filibuster is key to protecting the voting rights of millions of Americans.

In late June, Republicans blocked the Democrat’s voting rights legislation by using the filibuster which prevented the bill from reaching the floor for debate.

When asked about the filibuster White House deputy press secretary Karine Jean-Pierre said, “his position hasn’t changed on this.  He sees this as a, you know, Senate procedural process.

In addition to Texas, voting legislation is on the docket in Republican-controlled states across the country. According to the Brennan Center for Justice at the New York University School of Law, as of June 21, state legislators have passed 28 voting laws this year in 17 states.

The majority of these laws will make it harder for Americans to vote by mail or absentee ballot following a record number of votes by mail due to the coronavirus pandemic.

The poor showing for Democrats in state legislature elections has put the Democratic Party in a bind and ceded important power to the GOP.

As Biden and the Democrats seek to negotiate with Republicans without taking radical measures, state legislatures have won territory in what Democrats believe is their assault on voting rights.

Republicans have long fought against increasing voting rights, but the latest push has gained steam thanks to Donald Trump’s claims that the 2020 election results were rife with fraud.

The new laws in Republican-controlled states range from reducing the early voting period, reducing the amount of dropbox locations such as metropolitan Atlanta, and ceding control to partisan-controlled election councils.

In the Senate, the 50-50 split leaves Democrats with little room to maneuver, especially with centrists Democrats like Joe Manchin and Kyrsten Sinema threatening to break rank. In a rare show of unity, all 50 Democrats voted for the “For the People Act” before it was shot down by a Republican filibuster.

But much like Biden, Manchin and Sinema have expressed little interest in changing any rules around the filibuster.

With an equally divided Senate and a somewhat divided caucus, Biden seemed resigned to defeat on voting rights legislation and focused instead on 2022 in his speech.

“We’re going to face another test in 2022: a new wave of unprecedented voter suppression, and raw and sustained election subversion. We have to prepare now,” said the President.

Rather than threatening to end the filibuster or counteract Republican political power at the state level, Biden instead made an appeal to Republicans.

“We will be asking my Republican friends — in Congress, in states, in cities, in counties — to stand up, for God’s sake, and help prevent this concerted effort to undermine our elections and the sacred right to vote,” Biden said.

Is President Biden Too Weak to Fight For the People Who Elected Him?

As Biden faces criticism for failing to stand up to Republicans and protect voting rights, the President continues to struggle to put up a united front within his own caucus.

Manchin and Sinema have regularly shown a reluctance to stay onside with Democrats on key issues. While the pair voted with their party after negotiations over the “For the People Act”, it failed to materialize in part due to their opposition to changing filibuster rules.

Two weeks ago, Greenpeace released audio recordings in which an ExxonMobil executive said he talks to Manchin every day. He also said the oil company uses “shadow groups” to impact climate change legislation.

Most importantly, the ExxonMobil executive said that he has a direct line to multiple senators to weaken Biden’s infrastructure plan as it relates to climate change.

As progressives look for Biden to stand up for American’s voting rights, the Democratic Party has failed to present strong opposition to incursions from the Republicans. And while Biden makes overtures to his “friends” in the Republican Party, the leaked audio recordings reveal that oil executives are working with senators to undermine his legislation.