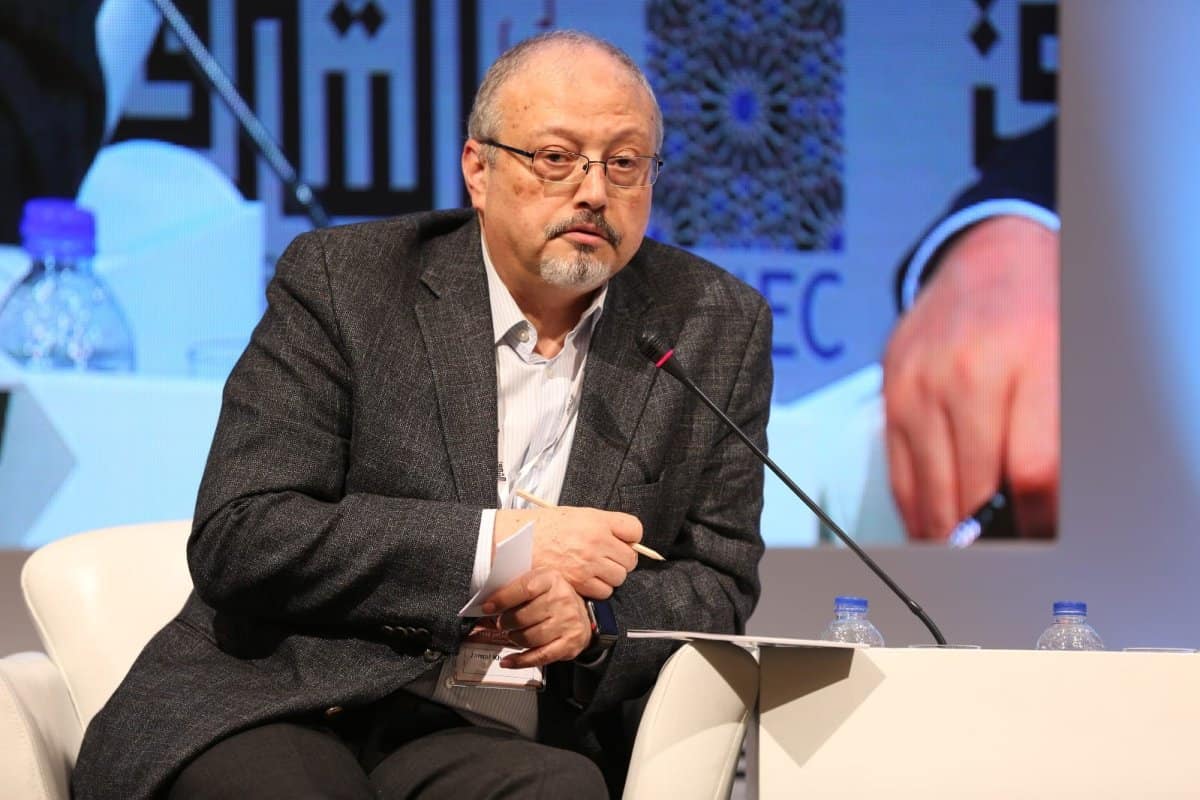 The wife of Jamal Khashoggi, former Washington Post journalist who was assassinated by agents of the Saudi government at the Saudi consulate in Istanbul, was one of those who was surveilled

Governments across the globe have bought unlimited access to human rights organizers, journalists, and opposition politicians, all from a private technology firm with the most invasive surveillance on the market.

That is what French non-profit Forbidden Stories publicized on Sunday, a months-long investigation into Pegasus, spyware developed by Israeli company NSO Group. Forbidden Stories worked alongside 17 media organizations to uncover the wide-ranging story.

NSO sold the spyware to ten countries, which deployed the spyware on a range of targets in order to gain access to the phones of journalists, politicians, business people, and more. The ten countries are Azerbaijan, Bahrain, Kazakhstan, Mexico, Morocco, Rwanda, Saudi Arabia, Hungary, India, and the United Arab Emirates.

The ten governments contracted the Israeli company which used Pegasus, a hacking software, to gain access to data on targets’ phones. Pegasus has become so advanced that NSO could launch “zero-click” attacks that require no interaction from the target.

According to The Guardian, Pegasus “can turn it (your phone) into a 24-hour surveillance device” that can copy any message you send or receive, collect photos you take, record calls, and activate the microphone or camera to record you when the phone is not being used.

The investigation uncovered a list of over 50,000 phone numbers that the NSO considered “people of interest” for the 10 clients. So far, the investigation has found the numbers of 180 journalists on the list.

Another big name that was potentially surveilled is the wife of assassinated journalist Jamal Khashoggi.

So far, NSO has stated that the spyware is meant to track terrorists and criminals, but politicians in many of the countries are demanding investigations.

The massive leak has been labeled as an attack on democracy by many media outlets, and due to its massive scope and public-private partnership on espionage, many human rights organizations are sounding the alarm.

In the countries that bought access to spyware, domestic political fallout may be swift. Members of Parliament in India are already discussing its country’s involvement, and politicians in Hungary are demanding similar investigations.

In response to EU member country Hungary’s involvement, Member of European Parliament Guy Verhofstadt tweeted, “the EU has a dictatorship growing inside of it.”

The Belgian politician was joined by others in calling for an inquiry into Hungary’s use of the spyware. Hungary is already on thin ice with many in Europe, and it could be used as a further pretext to remove Hungary from the organization.

Saudi Arabia’s potential spying on Khashoggi’s family members also will cause headaches for the Saudi government, as it continues to reckon with the political and diplomatic fallout of the high-profile assassination allegedly at the behest of Crown Prince Mohammed bin-Salman.

Mexico’s links to the Pegasus software were already widely known. Mexico began its partnership with NSO under former president Enrique Peña Nieto, and it was allegedly deployed against opposition politicians.

Current Mexican President Andrés Manuel López Obrador said in 2019 that his government does not use spy software, but the reemergence of the scandal could harm the embattled president.

Many international media outlets have framed the latest scandal as the overreach of “authoritarian governments”. But, spying scandals are not unique to countries that Western journalists deem to be authoritarian.

The latest scandal does point to an interesting development, governments without the technology or spying apparatus at home are turning to private partnerships to build out their security state.

The United States and the United Kingdom are no strangers to damning spy scandals, but where many large states rely on in-house intelligence operators to collect data on citizens, other countries have contracted that work out to third parties.

Private enterprises have a long history of spying and surveillance. One of the hottest online stock picks of 2020, Peter Thiel’s Palantir has long aided the NSA.

While British and American news outlets deeming countries in the NSO scandal “authoritarian” may ring hollow considering their own nation’s authoritarian surveillance states, other characterizations do land a better punch.

As governments look to gather more and more data, politicians have become more brazen and the marketplace for surveillance software has become a favorite of security apparatuses across the globe.

American whistleblower and exile Edward Snowden said that the surveillance industry is “an industry that should not exist.”