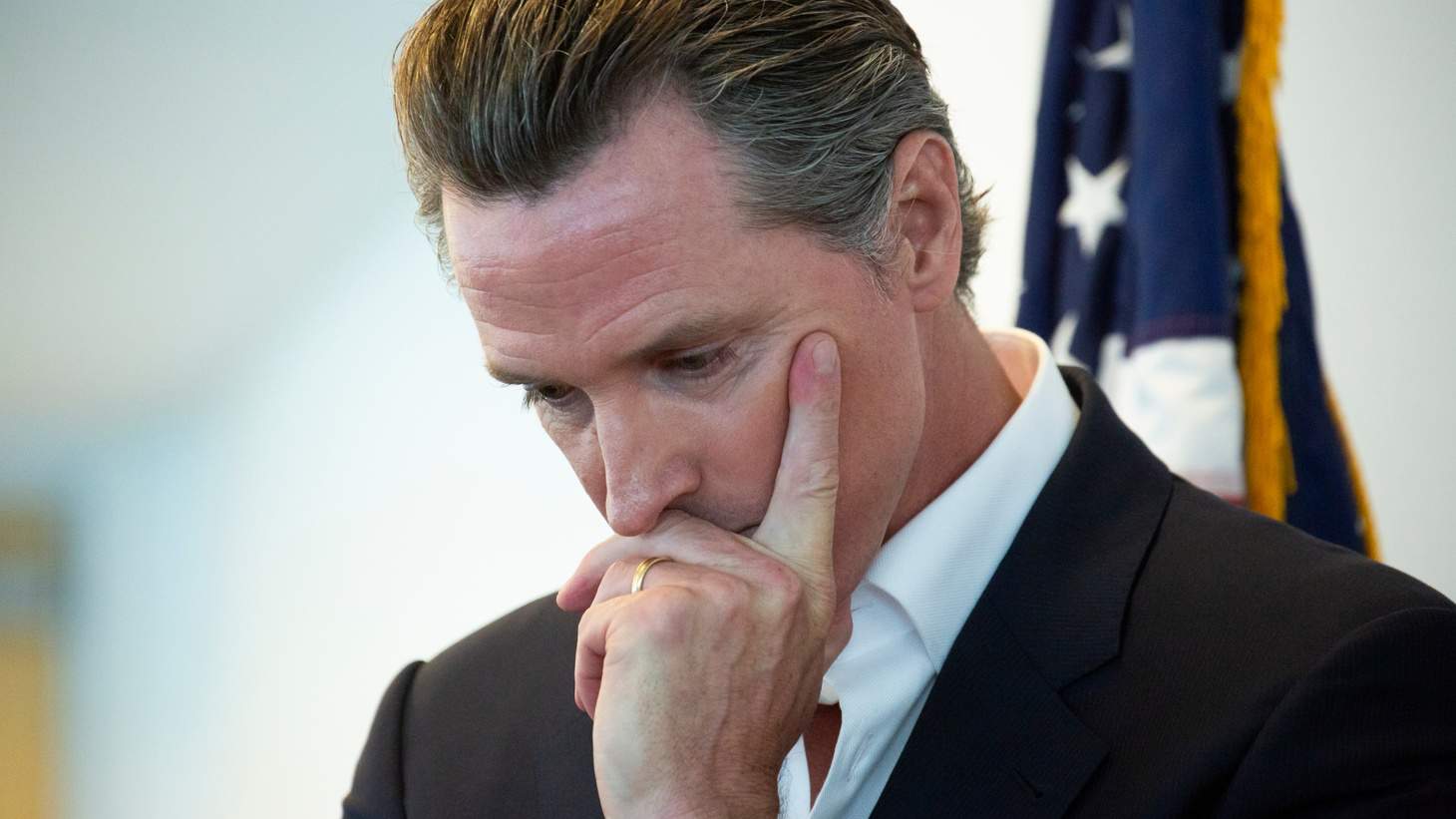 A couple of months ago, politicos and Democratic Party higher-ups did not put much stock in the threat of recall for Democratic Governor Gavin Newsom. But with recent polls showing a ‘yes’ vote to recall inching closer to 50%, those faithful to the Democratic Party are sounding the alarm.

On September 14, Californians will take to the polls for the recall vote, and if the majority votes to remove the governor, one of the 46 candidates on the ballot will replace him. In the event of a recall, the winner only needs a plurality of votes, and with so many on the ballot, the highest vote-getter would be elected by a historically low percentage of voters.

The recall election received 1.7 million signatures and was led primarily by conservatives upset with Newsom since he took office in 2019. The petition gained steam throughout the coronavirus pandemic, with Californians in several cities taking to the street to protest public health measures.

And what started as a minor annoyance has now turned into a major test for Democrats in a stronghold state.

Democrats have become so worried about Newsom’s precarious position that they’ve called in Vice President Kamala Harris to campaign for Newsom. The Vice President is expected to start campaigning on Friday in her home state.

Who Could Win if Newsom is Ousted?

Recent polls have conservative talk radio host Larry Elder as the most likely to head to the state capitol if Newsom is recalled.

The radio host has become the preferred candidate of anti-vaccine and anti-mask Californians. Elder has promised to repeal mask and vaccine mandates, and he allowed a caller to espouse conspiracy theories related to the vaccine without pushback.

On the campaign trail, Elder has also promoted climate change skepticism in the face of another historic year of California drought and wildfires.

Elder also comes with plenty of other controversies, including an ongoing probe into his income disclosures. Nonetheless, Elder sits in the lead with around 20% of voters, according to recent polls.

While Elder represents the Trump electorate in California, no prominent Democrat with any party backing is running in the recall election. In fact, the Democratic Party and Governor Newsom have asked Democratic voters to vote no on recall and leave the candidate choice blank.

The controversial strategy to leave the candidate choice blank aims to reduce the chance of Democratic voters choosing yes to recall, but many voters and strategists are confused by the strategy.

The Democratic candidate with the most chance, according to the polls, is “landlord influencer” Kevin Paffrath. Paffrath, a real estate YouTube star, is receiving over 10% in some polls.

With homelessness and a housing shortage high up the list of voters’ concerns, Paffrath’s place in the polls is a testament to the Democratic Party’s lack of interest in challenging Newsom.

The Posiblity of the Governor’s Defeat

While the recall push clearly has a conservative bent, Democrats are still concerned despite their 22% lead in registered voters.

Turnout is typically low in recall elections, and California is no exception, with previous recall elections attracting about one-third of voters. However, low turnout favors the recall as a portion of California voters are highly motivated to remove the governor, hence the 1.7 million signatures gathered.

Therefore, the Democrat’s recent strategy has been boosting voter turnout rather than getting bogged down in the challengers.

According to the San Francisco Chronicle, the strategy to promote voter turnout has been to instill fear in voters.

“The Republican Party is trying to take over our governor position, and we’re really concerned about what that will do to the minimum wage, to workers’ rights, to the right to unionize,” canvasser Jennifer Shanoski told the Chronicle.

Her comments refer to Elder’s support for removing the minimum wage completely.

With Democrats calling in the Vice President, they see the recall as a great threat and have begun putting heavy resources into the race.

Outside of voters angry about COVID public health measures, Newsom has struggled for popularity during his tenure in Sacramento. With growing climate change concerns and rising economic inequality, moderate Newsom has not ingratiated himself to more progressive Californians.

Newsom has also been mired in public relations nightmares ranging from a dinner party at a boutique restaurant breaking coronavirus rules to taking photo ops in areas scorched by wildfire. The recall vote is still 2.5 points off a majority, but with polls trending downward, Democrats and Newsom will be holding their breath as election results come in on September 14. Nationally, the DNC and political operatives will also be keeping a close eye on events in California as the election represents a bellwether for growing right-wing anti-government sentiment