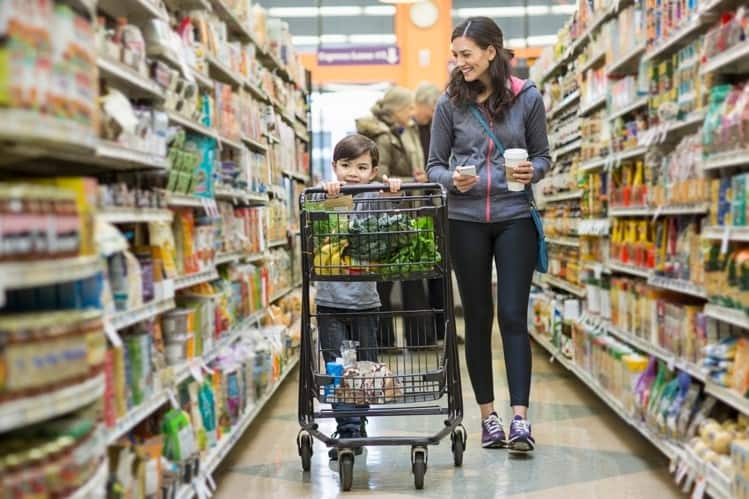 Traditional markets have been reacting to Federal Reserve data, but not in the way expected. Over the last several months, the stock market continued to rally higher despite alarming market conditions. The U.S. Dollar Index (DXY) went on a multi-month downtrend in the spring before gradually reversing. The U.S. dollar decreasing in value was not surprising as Congress debated asking for trillions of dollars more from the Fed for infrastructure. Then in recent months, as inflation ticked higher and higher, the DXY found its bottom on the chart and began to climb, yet again. Somehow, with the dollar printing, it is finding strength in the market.

Inflation on the Rise

Pulling individual data from the wide range of goods and services may shed some light on the stock market recovering higher and strength in the DXY, all while inflation boils higher.

Gasoline is up over 58% since November 2020, and oil overall is 33% higher. Higher prices at the pump should theoretically lead to better earnings for oil giants like Exxon and Chevron. Earlier this year, Warren Buffet reported his increased shareholding in Chevron stock. This alone should have been some inclination to the direction of consumer goods and services. As brokers and investors are capitalizing on the increased profits, the average consumer is scraping by for a full tank of fuel. One year ago, a gallon of gasoline in northern New Jersey and the New York City area was only $2.20 per gallon. Today in the same region, gasoline is sitting at a $3.42 per gallon average.

More alarming and contributing to the fast and high inflation number are the used car and truck market, which has risen over 30% in the last 12 months. A better perspective was one year ago, a used car valued at $10,000 is now valued at around $13,000.

Critics were warning in the spring of 2021 that the Fed was not taking enough action against the looming inflation. For months consumers and investors were told inflation was transitory by Chairman Jerome Powell. Nevertheless, the Federal Reserve printed more U.S. Dollars, a major contributing factor to the market’s position today. In basic economic theory, printing more money will cause a significant rise in inflation if the economic output does not support consumer demand. Amid a global pandemic, the United States has not reached previous production levels. The mix of shortages in goods, services, workers, and increased money supply is helping to spool inflation upwards.

As Americans wait patiently for the Fed to act, Chairman Powell announced the Fed would begin tapering their bond purchases sooner than expected. Market watchers believe Powell is signaling an upcoming rise in interest rates sooner than expected. The Fed has a few ways to control inflation. According to experts, managing interest rates, printing more money, and decreasing the money supply are some ways to tame inflation. In this situation where inflation is rising, an increase in interest rates would slow inflation to a more manageable level. As interest rates rise, consumer spending confidence dwindles, and market production outpaces consumption. As a result, consumers increase their savings and borrow less. The Fed also tapers their asset purchases. Tapering their asset purchases drives confidence and attractiveness to the U.S. Dollar, thus increasing the spending power of one U.S. dollar.

This coming week the Fed will release the producer price index data. Producer price index (PPI) data reports the costs producers are experiencing. Some economists believe the PPI is an early indicator of CPI inflation. If producers are experiencing higher costs of production, it is almost certain to impact the consumer market. Consumer Price Index will typically not be able to report the impact until the following month.

The Fed will also be releasing the retail sales report. This data can point to the consumer’s confidence based on their spending. Consumer spending directly impacts market investor sentiment and, in the U.S., is a major driving factor of the economy. Consumer interaction with retail will determine a need for workers, products, and logistics, ultimately driving corporate profits.

As the Fed announces its plans in the coming weeks, Americans and the world are watching closely. Economists are expecting tighter economic policy from the Fed. Investors are expecting strength in the U.S. dollar. Consumers are hoping to regain purchasing power at the register. All eyes will be watching as the U.S. crosses this historical economic recovery after the devastating pandemic.