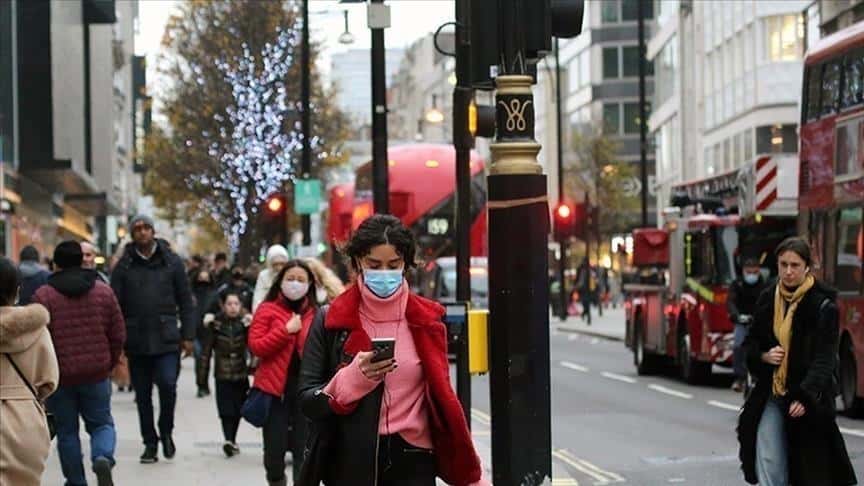 The Omicron Variant wave is ravaging the globe as theres’ an enormous uptick in recorded cases occurring worldwide, including significant sections of the United States and Europe.

The swell in cases is primarily due to the highly transmissible Omicron Variant’s emergence, which experts say is minder than other Variant but seems more vaccine-resistant.

The number of deaths and serious illnesses seems low compared to Delta variants. Regardless, several urban areas, including New York City, have reported much higher transmission rates than in previous weeks.

The National Guard has been summoned across multiple states to assist hospitals already burdened with overflows of patients.

Many businesses in NYC are shutting their doors again, and events are being canceled amidst growing concern over the rapid transmission rates being recorded in recent weeks. The rising infection rates seem to be most acute amongst the unvaccinated.

Several nations have gone as far as implementing full lockdowns in the face of what is looking to be another harsh winter. For example, the Netherlands has closed all non-essential stores, bars, and restaurants until Jan. 14.

The reimposition of tight restrictions was met with resistance in several major European centers, with protests occurring in Berlin, Vienna, and Hamburg.

The WHO has announced that official detection of the Omicron variant has been recorded in 89 countries. Cases related to the Variant are doubling roughly every 2-3 days where transmission is high.

The high transmissibility of Omicron indicates that it likely will overtake Delta as the major infector in the affected countries.

“We Are in a situation where we are now facing a very important delta surge, and we are looking over our shoulder at an oncoming omicron surge.”

Troubling signs from the world’s southern continent have scientists worried about increasing pressure beginning to mount on the world’s already volatile climate crisis.

The massive Thwaites Glacier on the western edge of the continent has reportedly begun to crack and break apart at an even faster rate than had already occurred. The melting of the Glacier is responsible for 4% of global sea levels rising.

Once sufficient amounts of the Glacier become vulnerable, there is a possibility that larger chunks of ice will break off into the ocean.

The weakening of the Glacier is due to another process that is bringing experts concern: warm ocean currents are heating Antarctica from below.

The loss of the Thwaites Glacier could eventually contribute to the collapse of the entire West Antarctic ice shelf, contributing to a massive rise in sea level that would profoundly affect the global society. Most major coastal cities on earth would be placed either fully or partially underwater.

“Our coastlines will look different from space,” said Robert DeConto, a glaciologist at the University of Massachusetts, Amherst.

It is unknown how quickly the Glacier might dissolve and whether its eventual collapse will happen in the near future or in a distant decade. However, experts seem inclined to believe that sooner rather than later is becoming the calling card for climate markers.

The crumbling Glacier serves as a sobering reminder of the reality of the climate crisis just weeks after heads of state from around the globe convened in Scotland for the COP26 climate conference.

The immanence of this event underscores a constant tension with the global response to the climate crisis: the difficulty of politicians to keep pace with natural events that occur on their own timetables, regardless of whether it is convenient or not.

Bell Hooks passed away this week at her home in Kentucky at age 69.

The author and activist was an influential figure in many academic fields, synthesizing queer theory, racial justice issues, feminism, and general capitalist critique into a unique sensibility that touched readers and thinkers across areas of thought.

The activist and educator’s cause of death was not disclosed, but it was indicated by the family that she had struggled with illness for a long time.

Hook’s body of work reaches across four decades. It includes dozens of books that help construct many contemporary dialogues around race, class, sexism, and economic exploitation.

Notable works include “Aint I a Woman? Black Women and Feminism,” “All About Love: New Visions,” and “We Real Cool: Black Men and Masculinity”

Hooks was part of the intersectional movement to illustrate that racism, sexism, and economic exploitation are not isolated phenomena and instead, they reinforce and inform each other.

Born Gloria Jean Watkins, Hooks created the pen name she would be known by in honor of her maternal great-grandmother, stylizing the word in lower case to push towards establishing new ways of thinking and being in the world.

In her own words: “I pay tribute to the past as a resource that can serve as a foundation for us to revise and renew our commitment to the present, to making a world where all people can live fully and well, where everyone can belong.”