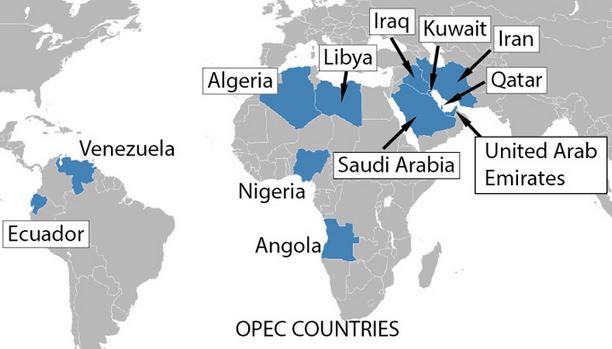 Crude oil prices are on the rise in the first two trading days of 2022. An OPEC+ press release was released on January 4, 2022, with oil production guidance for the start of the new year. Many believed leading up to the press release that the guidance would remain the same and there would be no increase in oil production until February. With the rumor floating around, investors piled into futures and traditional oil stocks such as Exxon (XOM) and Chevron (CVX).

As the United States and the rest of the world began opening, the demand for oil rose sharply in early 2021. Some analysts were concerned there was not enough oil to support the reopening; the speculation drove the oil market higher. The biggest gains in the oil industry were seen between March 2021 and June 2021 as the world’s tensions eased over covid and more people began resuming their normal lives, using petroleum products.

Brent oil futures (BH2) intraday trading reached over $80/bbl on the OPEC+ announcement on Tuesday, January 4, 2022. Simple supply and demand drove the past two days of price action. For perspective, at the beginning of the pandemic, Brent had bottomed out around $25/bbl.

A quick glance at futures shows an astounding comeback since almost two years ago at the beginning of the global pandemic. However, analysts still believe there is room to grow. Bank of America analysts in 2021 wrote the market should expect $120/bbl crude oil by June 2022.

OPEC is an intergovernmental organization of 13 member nations that set the standard for their oil production, such as controlling production levels and surplus. OPEC+ is the same 13 nations, including Russia.

Groups like OPEC work together to ensure global oil supply and surplus is within reasonable limits. Overproduction of oil can lead to high surplus levels, driving the cost/bbl to low levels. Quick and major decreases or even increases in oil prices could have powerful effects on the World economy. It is important for OPEC and other oil-producing organizations nations to follow the data and control the oil output and storage, ultimately and unfortunately affecting fuel and other petroleum-reliant products at the consumer level.

Increased Petroleum Usage and the Price

Even as the world moves to green energy, petroleum-based products, and fossil fuels cannot immediately disappear. Even President Biden admits the world can’t “quit” oil overnight. In fact, experts predict global oil demand will increase over the next several years.

Inflation has been on the rise, and Americans are paying more at the pump. With Americans in mind, the Biden administration had reached out to OPEC+ in a genuine way. The United States urged OPEC+ to pump more crude oil to help the world economic recovery. The U.S. was hoping to coerce OPEC+ to produce more oil to help oil prices to fall back, ultimately reflecting at the gas pumps. The Administration believes that higher production of oil will help the economy recover.

OPEC+ disagreed with U.S. advice. The group pushed back and decided the world doesn’t need any more oil at the moment. OPEC+ stood firm and will not increase production until February.

Stocks and ETFs to Watch

The prices at the pump will inevitably go up, and so will the oil companies’ revenues. Add these stocks to your watchlist to help you track the oil market.