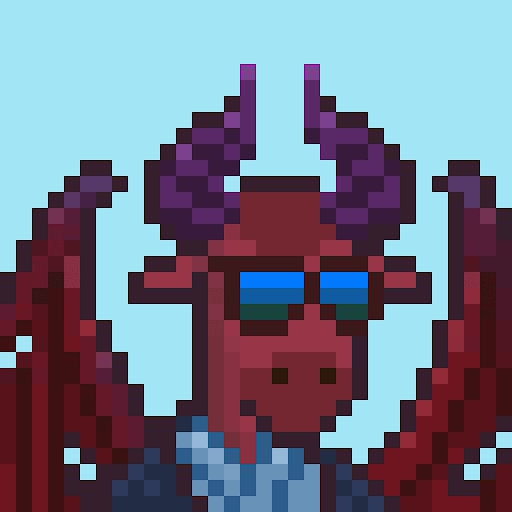 In the exciting new world of NFTs, Bull Empire boldly aims to conquer the Solana Chain. Bull Empire is a collection of 2,500-pixel art NFTs on the Solana Blockchain. Solana is a form of cryptocurrency, like Bitcoin. Solana claims to have the fastest blockchain in the world. One SOL is currently valued at $125.

Each Bull in the Bull Empire is a randomly generated 32×32 NFT. They have different attributes that vary in rarity. In December of 2021, the “Army Launch” occurred, which was the official social media announcement of the NFT project. On January 13th, 2022 the NFT pixel art jpegs were minted. Bull Empire NFTs are currently selling for 6-20 SOL or $750-$2,300. Prices are speculated to increase as more collections launch.

We’ve got an exclusive interview with an anonymous Discord moderator of Bull Empire.

Our anonymous source, “Victor,” is a Discord moderator involved with building a community around Bull Empire before the launch. In order to be eligible to buy one of the 2,500 NFTs, members had to be “whitelisted.”

When asked about his role as a moderator, Victor says, “I was mainly hyping people up. I also had to get rid of spam and bots. If people enter the chat and see it’s full of spam and bots, they’re just going to leave, so you’ve got to keep on that. I had a few memes made about me, that was fun. I don’t really ‘get’ NFTs, but people seem really into this. The whitelist holders had an hour to buy their Bulls, and then the public mint sold out in five seconds.”

“We may or may not be getting a billboard in Times Square,” says Victor, “that hasn’t been announced yet, but there’s also talk of us appearing in Forbes.”

Bull Empire has officially announced further expansion of a 3D collection launch. Every current holder of an original mint Bull will get a free whitelist for the 3D collection. “People who have a Bull Empire NFT are also getting whitelisted for other NFT projects,” Victor says, “that’s great because it builds utility. It increases the value of each Bull Empire NFT because it grants you access to future NFT projects.”

When asked about the direction of the Bull Empire NFT project, Victor shrugs nonchalantly. “I don’t really understand NFTs, they remind me of Beanie Babies. Still, people are really into collectables. In certain parts of Discord, having a Bull for an avatar gives you a lot of clout. It’s an online status symbol.”

“I don’t really consider myself an ‘NFT guy,’” elaborates Victor, “I mean, I quit my teaching job in January of 2020 to become a full-time tour guide, you can imagine how that career move turned out. In my search for remote work, I started doing proofreading for a Chinese company that brought me on to do their press releases for their cryptocurrency gambling site. Then my boss started this project and it suddenly blew up, so he took me on as part of this project’s team. So far he seems happy with what I’ve been doing.”

“We have this running joke that it’s going ‘to the MOOOn’” chuckles Victor. “I’ve got a couple of Bulls myself. Worst case scenario I’ll only make a couple thousand, but if things go really well I might be able to afford the down payment on a house. I see these things selling on Magic Eden for 10 SOL ($1,200), and they’re constantly increasing in value. I don’t understand this at all, but if I pay for a house with one of these, I’ll get a framed copy to put on the mantelpiece.”