Community Action: The Only Antidote To The Woes of Capitalism 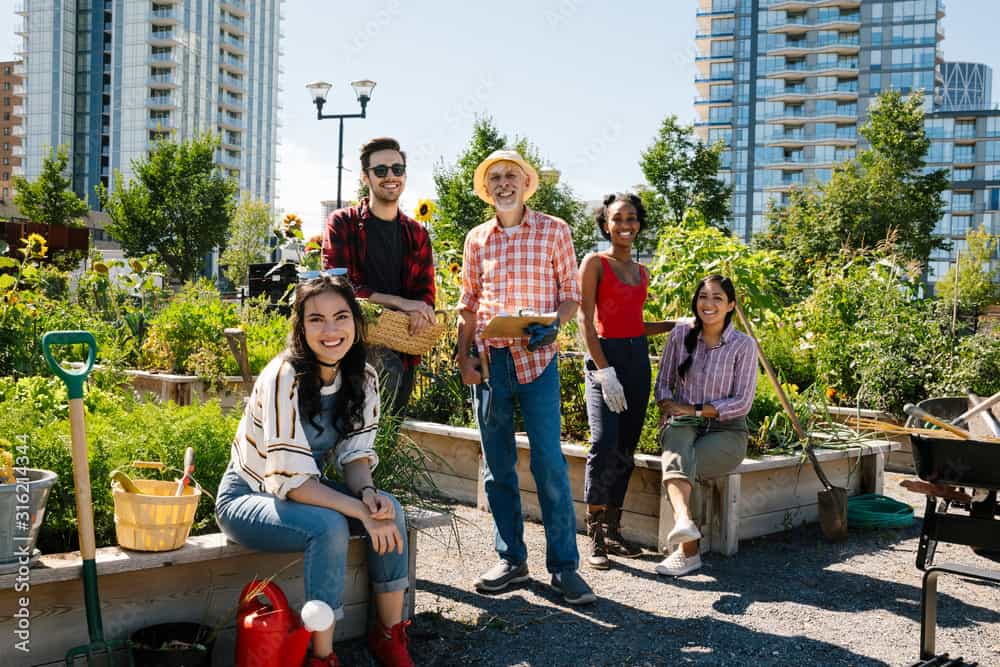 The future appears bleaker than ever. It’s hard to feel optimistic when every year, the effects of climate change become more and more apparent. It’s the eighth hottest year on record. The pandemic is still ongoing. We all instinctively know that these problems are directly linked to capitalism. But how do you fight something that’s so pervasive?

We’ve interviewed author and activist Tyler Rose on how community action is the only solution to our mass sorrow.

The Human Need For Community

When asked how community action can have a global impact, Rose asserts, “People get discouraged about making meaningful change because we see how stacked the system is against us. We see they have all of the guns and all of the money and all of the power. The system itself only offers individualist choices, like if I use the paper straw I’ll save the sea turtles. We all know it’s BS. None of the solutions to capitalism and climate change can be made through individual choices. The only way it is possible is by existing in a community either making collective decisions like boycotts or unions, those are all examples of impactful community action.”

Rose elaborates on how communal action is the only way of impactful change. “When people say communities, they think hippy commune bullshit, which isn’t wrong, but we’re also talking about collective actions like boycotts and unions. Community is a means to scale individual action up.”

How To Build A Community

We asked Rose how communities are built. “I think mutual respect is much more important than mutual amiability. In order to have a functional community space, people don’t have to like each other. You don’t have to like somebody else, but what you do have to have is respect. Whether that’s respect for shared communal space where you clean not only your own dishes but you also contribute to cleaning common objects. Or respecting other members of the community that you don’t necessarily like but you still treat them kindly and respect their rights to common spaces.”

Rose continues that while respect is important, there are also other necessary factors, “There needs to be enough private space. The only way to make a community space actually work is if people also have functional private space. If you’re building a community where people live, you need to honor people’s need for individuality and privacy as well as the human need for community collectivity.”

Rose also says that any functional community needs governance. “Designing a truly community project such that there is truly horizontal hierarchy is not something I’ve figured out yet, so I’m still the dictator,” Rose chuckles.

When asked what project Rose is currently working on, she laughs. “I’m currently working on so many things. The primary project that I’m working on right now I sort of accidentally founded and am now directing a project called the Nhà Sống Project in Hanoi. It was this once-in-a-lifetime opportunity that presented itself to me. It’s a brand new project, it’s three months old. It’s a collective community permaculture garden, it’s an educational house, and it’s a creative arts venue all wrapped into one. On one hand, it sounds like a lot of different things, but I would say that Nhà Sống Project is a bridge between all those things For example, we have an exhibition coming up on March 8th about the link between violence against women and violence against the environment. So you’ve got those two things presented through creative art.”

She continues, “the four pillars of Nhà Sống Project are sustainability, human rights, education, and creative arts. Everything that we do in this project involves either one or preferably several of those things. For example, the upcoming exhibition is about human rights and environmental sustainability through creative arts. It’s an educational exhibition where people will learn about the way that gender violence and femicide is expressed around the world and is specific to Vietnam.”

“If there’s any profit at all, it will go back into the Nhà Sống Project.”

Nhà Sống means “living house” or “house of life.” The Nhà Sống Project is on 4000 square meters of land in the Long Bien neighborhood of Hanoi, Vietnam. The central space is a nhà san, a traditional style of Vietnamese house, which consists of a building on stilts that have a communal space downstairs and a residential space on top where key community members live.

“There is a core team of about 3 of us, but there’s a wider community of about 50 people. There’s a smaller circle of people who are core volunteers but not core team but still tighter members of the community. It’s hard to put a number on that because what I’m trying to build is a holacracy which is a non-hierarchical system of organizing projects and governments such that everything is horizontal. So it’s like the way things work, there’s me, one other full-time volunteer named Đạt, and a contract worker named Vi. That’s our core team. There’s Chị Liên and Anh Quân who direct the permaculture project, but then there’s the permaculture community that comes every Sunday and that’s 20 people, and Ed who also comes in on Mondays. There’s a mom with her kids that comes every week to help with the puppies. We’re all part of the project.”

EARTH BODY BLOOD WATER: Art for Women and the World

EARTH BODY BLOOD WATER is an educational art exhibition. The exhibition will begin on March 8th, which is also International Women’s Day. “It’s about the link between violence against women and environmental destruction. The thesis is that the root cause is the same. When you approach the world with an attitude of greed, ownership, exploitation, domination, or violence, the result will be the same. You kill women and murder the environment. And the result will be the same. You cannot kill what gives life without consequence. If you murder the life-givers, we’re all going to die. This is a problem that affects all of humanity if we don’t figure this out.”

“There’s a number of conceptual elements. One is the idea that nobody is an observer. We are all participants. If you are not participating in creation you are participating in destruction. Another is immediacy vs. faith. To destroy is immediate. But to plant seeds for the future, the decisions we’re making now, we won’t see the results of those instantly. People forget that they want solutions that are as fast as destruction. But you have plant seeds that maybe your grandkids are going to see the results of. You have to have that faith.”

“In the world of the dead, we’re trying to make space for grief. We’ve had this pandemic that’s still happening. We’ve all lost so much, whether it’s human life or connection to our friends, or dreams, or businesses, we’ve all lost so much. And we’re all being pushed into a new normal and getting back to work. But also we’re human and we want to go back to our lives. I feel really distressed that we don’t make space for grief. Whether it’s climate grief… grief for sexual violence we’ve endured or know about… or pandemic grief. We need to experience that but we’re just plowing forward. We can’t make any significant behavior changes until we negotiate with trauma and grief. And so I’m trying to facilitate a space that forces people to engage with their grief in a way that can also cushion the landing”

While the exhibition covers some intense topics, Rose has an enchanting air of life when she speaks about it. “Trying to build this project is the hardest and most insane thing I’ve ever done in my life. It’s challenging in every aspect. Financially, emotionally, socially, it’s hard. People working together is hard. Funding projects is hard. Trying to break out of capitalism while still working with money is hard. I’m losing my mind trying to do this, and then when it works it’s the only thing that has ever given me hope that we can fix things. When I see people, foreigners and Vietnamese coming together they don’t even speak the same language and they come together and figure out how to work together on a thing that in three months becomes the food that we cook in our kitchen and eat together. Boy, it’s the only thing that has ever given me hope.”