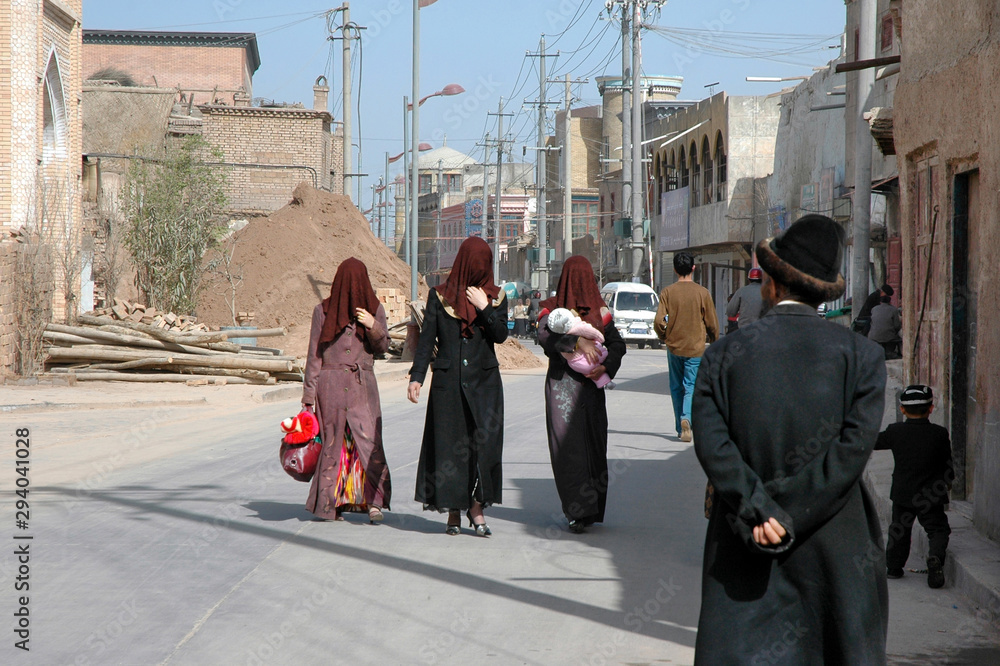 On June 21, 2022, the Uyghur Forced Labor Prevention Act (UFLPA) went into effect, signaling a significant victory for human rights activists who have tirelessly advocated against China’s continued genocide of Uyghurs populations. The Uyghurs have been subject to a plethora of human rights violations, from forced detention and labor to mass surveillance and torture at the hands of the Chinese Government.

While the legislation is a positive step towards combating Uyghur forced labor, it may cause further supply chain issues in an already disrupted global economic market. Key industries such as cotton, tomatoes, and solar have all been linked to forced labor camps in Xinjiang.

Who are the Uyghurs?

While tensions between Uyghurs and Chinese Han have been present for centuries, suppression of Uyghur identity intensified during China’s Cultural Revolution under Communist Party Mao Zedong. Uyghurs are an ethnic Turkic Muslim minority living in China’s Xinjiang Province and their residence in this region dates back centuries. Although considered an ethnic minority, the Uyghurs, until recently, made up the majority of the population in the Xinjiang Province, which they refer to as “Turkistan.”

In the 1990s, following the growth of the Uyghur separatist movement, the Chinese Government began to extensively restrict the rights of Uyghurs populations. The Government declared the conflict in Xinjiang to be a severe threat to China, implementing the first “Strike Hard” campaign in 1996, which authorized the arrest and detention of persons suspected of separatism. The following year, while peacefully protesting for improved rights, the Uyghurs were targeted by armed Chinese paramilitary. As a result, thousands of Uyghurs were detained, and hundreds were deemed “separatists” and subsequently executed.

In recent years, the oppression of the Uyghurs has steadily increased. The start of Ji Jinping’s presidency brought a new wave of crackdowns under his 2014 “Strike Hard Campaign against Violent Terrorism”: new restrictions were placed on religious expression, arbitrary arrests became commonplace, Mosque and cultural centers were destroyed, and local police and military initiated the Government’s mass detention policies.

The Uyghur genocide has drawn international attention from governments and NGOs calling for an end to the regime’s harsh treatment of Uyghurs. In response, the Chinese Government has dismissed any claims against the Government as anti-Chinese propaganda. Regarding its restrictive policies, the Government has claimed that these are protective policies as part of a wider counter-terrorism initiative and that detention camps are, in fact, “vocational training centers” to integrate Uyghurs into Han society.

In the last five years, around 1.5 million previously detained Uyghurs have been forced to work at labor factories under inhumane conditions, which many international companies have profited from. The mass detention of Uyghurs has provided a surplus of free labor, initiating a systematic program of forced transfer and forced labor, providing a low-cost labor source for international companies.

Previous reports had linked Xinjiang’s detention facilities to the state-sponsored forced labor program. Data reveals factories were being built near existing camps, allowing the smooth and efficient transfer of Uyghurs into labor camps. According to survivor testimony, Uyghurs were subject to torture, psychological indoctrination programs, sexual violence, and forced disappearance/murder inside detention camps.

Since 2017, the Australian Strategic Policy Institute (ASPI) has identified 27 factories that are part of the supply chain of 82 major international brands, including Abercrombie & Fitch, Zara, Coca-Cola, and Nike, benefiting from Uyghur forced labor. A number of familiar companies including Nike, Apple, and Coca-Cola lobbied against the Uyghur Forced Labor Prevention Act that was eventually passed in Congress under the Biden Administration.

Over the last few decades, China has quickly become a dominating global economic power that accounts for 26% of global manufacturing output. China accounts for around 22% of the world’s total cotton production, with 84% coming from the Xinjiang Province. In May 2022, researchers in Germany found traces of Xinjiang cotton in clothing made by Puma, Adidas, and Hugo Boss, despite previous promises to remove Uyghur forced labor from their supply chains.

The UFLPA and Global Supply Chains

An increasingly globalized world has led to complicated, intertwined supply chains that span countries, complicating the precise tracking of all goods.

Policing supply chains for human rights abuses will require cooperation from the international community. Although the European Union recently recognized the crimes against the Uyghurs as “genocide,” there is currently no legislation in place to ban the use of Uyghur forced labor.