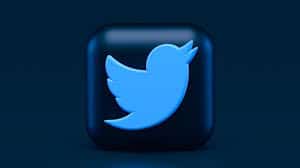 A Federal High Court, sitting in Abuja, on Wednesday, struck out a lawsuit by former Presidential candidate, Adamu Garba challenging the operations of Twitter in Nigeria.

According to the Socio-economic Rights and Accountability Project (SERAP), on its verified Twitter, Justice Abubakar gave the ruling.

Garba, a businessman and former Senator in 2020 during #EndSARS protests had asked a federal high court in Abuja to ban Twitter from operating in any part of the country.

He accused the chief executive officer and co-founder of Twitter Jack Dorsey and Twitter International Company of “sponsoring” the #EndSARS protests in Nigeria.

The ex-federal lawmaker asked the court to give “an order directing the 7th Respondent to stop the operation of Twitter Intl Company in any part of the territory of the Federal Republic of Nigeria.

“AN ORDER directing the 8th and 9th respondents jointly to pay the applicant the sum of USD 1 Billion as damages.”

Dorsey, Twitter and the EndSARS protesters are named as 8th, 9th and `10th respondents in the suit.

Protests broke out in Nigeria weeks ago in October to demand an end to the activities of the notorious Special Anti-Robbery Squad (SARS) of the Nigerian police.

However today, SERAP tweeted about the court order on the matter.

“BREAKING: Following an application by SERAP, Justice Abubakar of the Federal High Court (Court 5), Abuja today struck out the suit by Mr Adamu Garba, APC member, seeking to “stop Twitter from operating within the Nigerian cyberspace.”